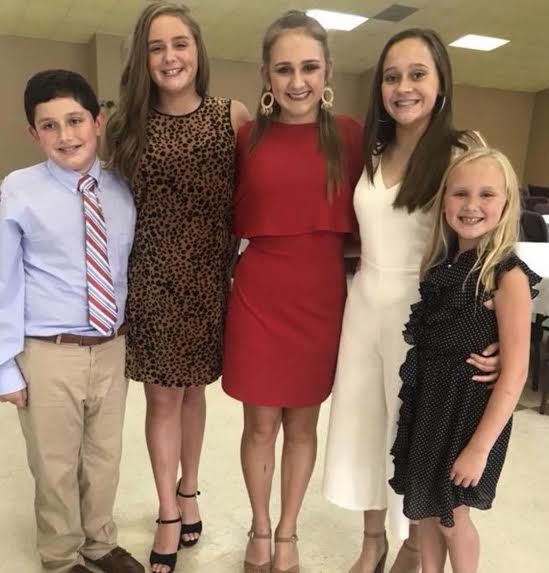 Friday night, the lights will shine bright at Andalusia High School, as the Bulldogs host the third round of the playoffs.  Coach Trent Taylor and his men welcome the Patriots of American Christian Academy, of Tuscaloosa.  The Patriots handily defeated Hillcrest of Evergreen in Round Two, as did the Bulldogs dominate Lincoln, and the third round match-up has the making of a classic November game.  And though the on-field struggles will garner much attention, they will not be the only drama for the night.

According to retired Andalusia teacher, Brenda Gantt, her struggle will be mighty, “where to sit!”

This is the first time the two teams have played and according to Gantt, a Bulldog faithful and season ticket holder, it presents her with an unusual problem because “I have grandchildren who will be on the field representing both schools and I’m torn with my allegiances.”

Gantt’s son, Dallas, and his wife Anna, are both police officers with the Tuscaloosa Police Department. Their two children, Isabella (14) and William (12), attend American Christian Academy, where Isabella is on the cheerleading squad.

“I don’t get to watch her cheer, very often, so I am excited about her being here!”  As for her grandson, Gantt added that, “William is too young to play varsity yet, but he is a manager for the football team, so I know he will be on the field.”

Hannah Merrell said she was not sympathetic to her mother’s plight.  With a grin on her face, Hannah said, “our girls are third-generation Bulldogs. Dallas and his family can come sit with us!”

She acknowledged though that it is a special occasion, and the family is excited about the game, “both for the teams and our kids.”  She added that “this is a once in a lifetime chance for a group of cousins who live hundreds of miles apart, to share in something special. We know that no matter who wins the game, these cousins will never forget this night.”

Gantt’s husband, George, passed away September 23rd of last year.  “George played baseball, basketball and football at Andalusia High School.  He loved this school and he would have loved to be at this game.  But, these kids all carry him with them in their hearts, and that is enough for me.”

When asked about the game itself, Gantt said, “I guess it doesn’t really matter to me who wins the game.  I mainly come to watch Bay and her bandmates. And, at the end of the night, I’ll have all of my children and grandchildren together with me, and that’s what is really important.  I’ll be the real winner!”