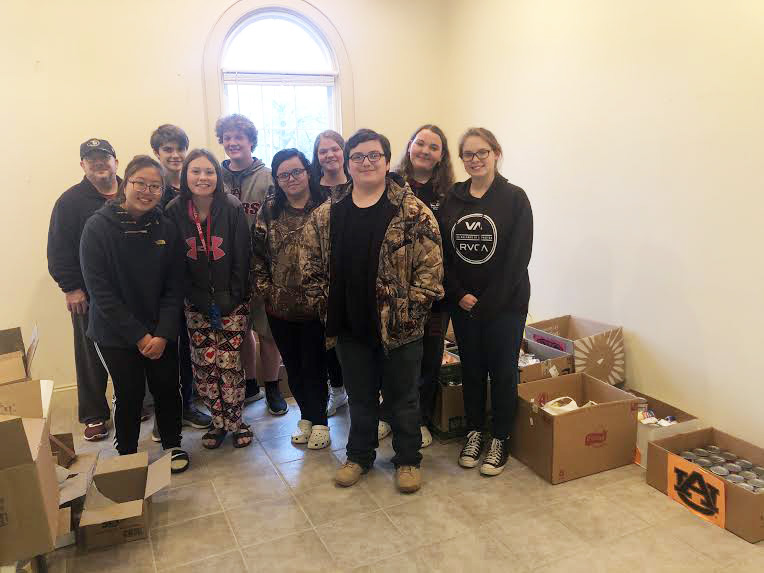 During the week of November 12-15, the students were to bring in non-perishable food items to donate to those less fortunate this holiday season.

“When the students brought them to class, they had a choice of putting them in an Alabama or Auburn box,” Sponsor Jana Clark said. “Competition was high and the race was tight by the close of the competition. A biscuit breakfast was the reward for the 1st block with the highest percentage of food items based on the number of students in the class. In the end, Mrs. Laura Causey’s 1st block was the winner with a total of 219 items and a percentage of 15.21. Alabama regained their title after losing to Auburn last year. The Alabama boxes brought in 678 items and the Auburn boxes brought in 543 items. Altogether, 1,221 non-perishable food items were donated.”