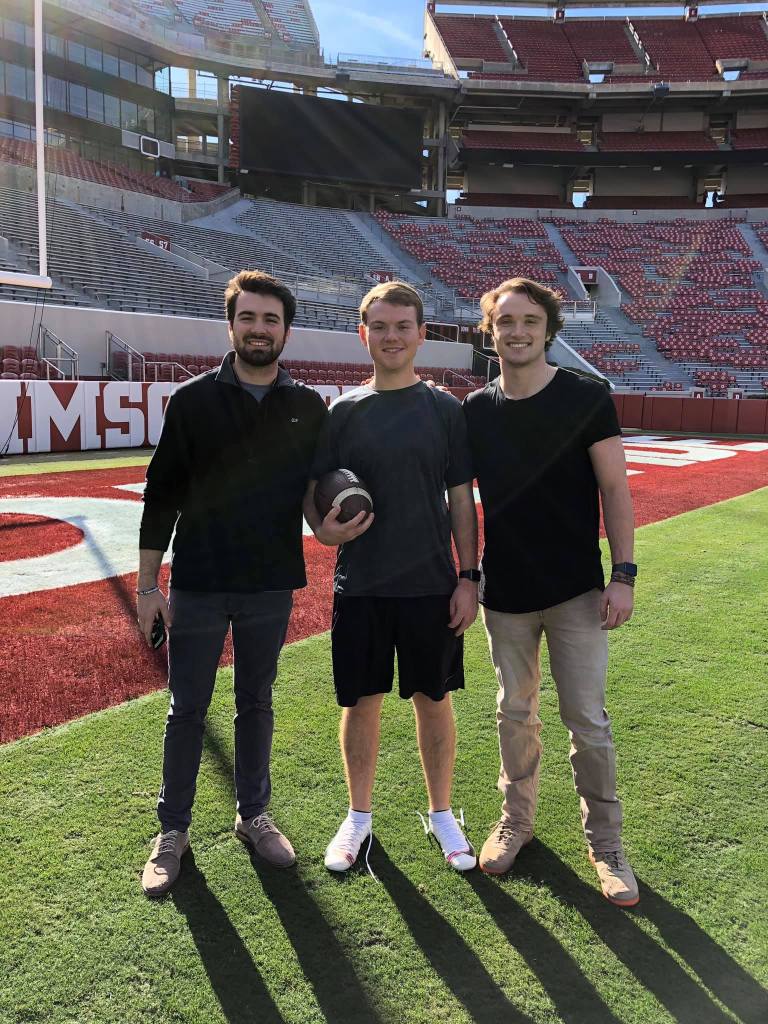 An Andalusia native and University of Alabama student won tuition money yesterday through the Kick it for Tuition Kick-off.

Hampton Glenn, son of Shannon and Wynne Glenn, said he signed up at the first University of Alabama home game this season to have a chance to kick for tuition money.

“I got selected before the game and went of the field after the first quarter to try the kick,” he said. “I made it. They told me that if anyone else made it by the end of the season there would be a competition between the others before the last home game of the year.”

Glenn said two others made it as well.

“I was contacted last week and told that the kick off would be held (Wednesday) at the stadium,” he said. “I went Monday night to the practice fields to practice the kick many times. We were told that we would kick from the 5-yard line and if more than one person made it from that yardage the line would move back 5 yards until there was a winner. So, today I went first and nailed it from the 5.”

The other competitors followed suite, he said.

“So, we moved back to the 10 (yard line) to re-kick,” he said. “I made it and the other guys both missed. I was the last one standing. I will be presented with a check after the first quarter of the last home game this Saturday. It’s a great feeling to receive money for school, knowing that I can have a little assistance with tuition this upcoming semester as I finish my degree/ And I’m sure my parents don’t mind the help at all. I’ll definitely never forget kicking a field goal in Bryant Denny in front of 100,000 people. Being a huge fan of Alabama football this will always be a sweet memory for me.”