BULLDOG BRAWL IN FOURTH ROUND: AHS, UMS Wright meet in fourth round for third year in a row 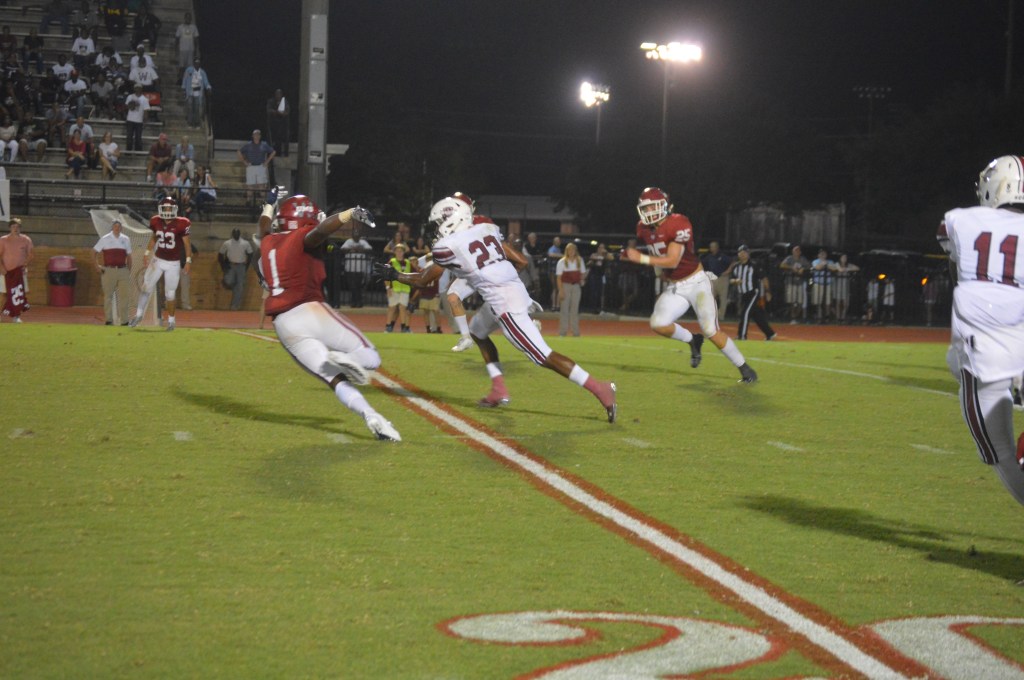 The Andalusia High School Bulldogs are set to travel to Mobile to face the defending Class 4A State Champions UMS Wright on tonight in round four of the AHSAA Class 4A State Playoffs.

Andalusia has met UMS Wright in the fourth round of the playoffs for the past three years.

In the all-time competition, both Bulldogs have met on the field 18 times, with UMS winning 17 out of 18 and Andalusia winning once in the regular season in 2017 when they were crowned region champions.

This year is Andalusia’s fourth year in a row to the playoffs, beginning in 2016 when they lost to Handley 19-0.

This year, the Bulldogs met again in the regular season and UMS scored two last-minute touchdowns to win 21-7.

“I think the biggest thing is that there is an admiration for UMS, that you have to have,” AHS head coach Trent Taylor said. “You have to hold what they have accomplished in high regard. As far as scheming for tonight goes, anybody who has achieved any success, there is not a whole lot that is different from one year to the next.”

On offense and defense, Taylor said their stuff is basic stuff.

“The key is the execution,” Taylor said. “The thing that jumps off the page for their defense is that they play tremendously hard.”

Taylor said one thing they are going to watch for is how well UMS executes on special teams.

Every morning during the Thanksgiving Holidays Andalusia has been practicing and Taylor said his players are prepared.

“The thing about coaching 15 through 17-year-olds is that they have a routine with school,” Taylor said. “They wake up, go to English, and all of their other classes and then they come to football. When they are on Thanksgiving break, they lose that routine and we talked about that Monday morning about how they need to be focused on the task at hand. They have been watching hours on end of film. I think they know more about UMS than probably UMS does, but at the end of the day, it comes down to who executes better on the field and playing the game at a level that is indicative to this kind of opponent.”