Apollo Edgar to be Grand Marshal of Andalusia Christmas Parade 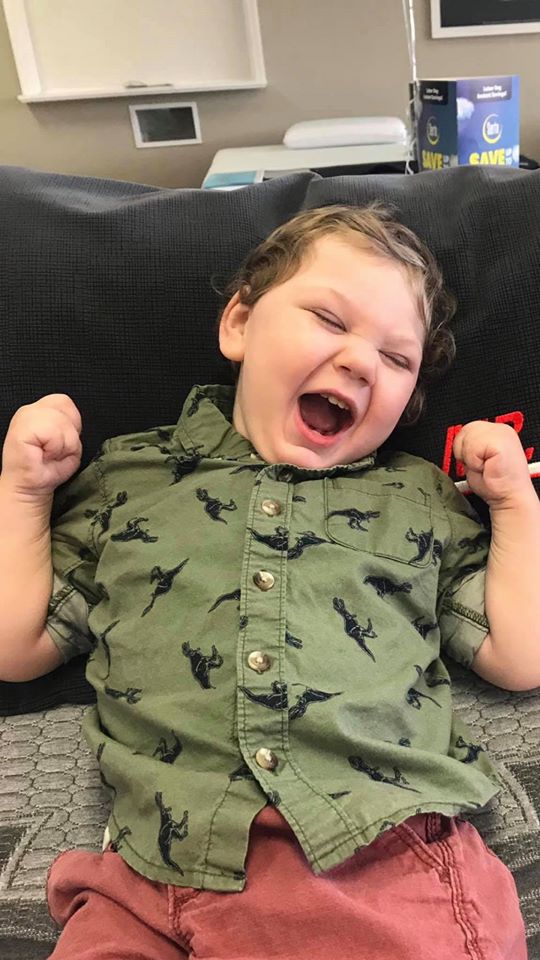 Apollo Edgar was recently announced as this year’s grand marshal for the Andalusia Christmas Parade.

When Edgar was six weeks old, his mother, Jennifer Edgar, noticed that he was acting a little strange at night. After taking him to the doctor, she received the news that would change her and her son’s life.

“When he was born, we didn’t think anything other than that he was a typical child,” J. Edgar said. “We knew his head was a little small, but the doctors just told us to keep a check on it. When he was six weeks old, he started acting really irritable. We had two other small children that we had just gone through newborn stages with. So, we knew that it was a little abnormal. That was when the doctor sent us to Birmingham. They did a CT scan and they saw that he had significant calcification on his brain. That is when they told us that he had microcephaly. She explained that what likely had happened is that he contracted a virus which caused an infection and that he got it from me while I was pregnant. She let us know that our baby would likely be developmentally challenged and could even possibly end up with Cerebral Palsy. From there, they told us that life was probably going to be a lot different with him.”

Despite the problems, J. Edgar said Apollo is the happiest baby in the world.

“I think that is why so many people around Andalusia and other places have just fallen in love with Apollo,” J. Edgar said. “He just exudes positivity.”

Although he doesn’t understand the situation, J. Edgar said he would be extremely excited to be grand marshal.

“It wasn’t really something that he could react to,” J. Edgar said. “But I’m sure he would have been excited. It almost made me cry because it is just so special. It does mean a lot that so many people in the community love him and admire him. As a parent of a child with special needs, it just means a lot. The most exciting thing is that our other two children, Atlas and Lulu, are super excited to watch their brother in the parade.”

The Andalusia Christmas Parade is scheduled for Thu., Dec. 5, at 7 p.m., with the downtown tree lighting held right before.