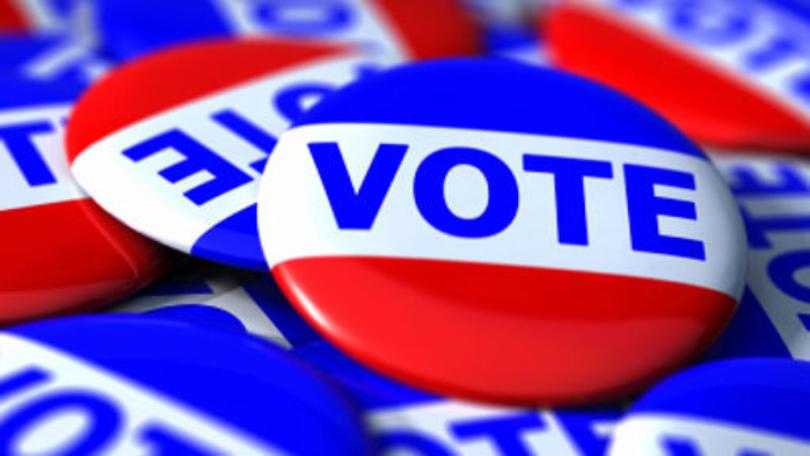 The Republican Party of Covington County held a candidate forum yesterday at city hall allowing all of the candidates to speak to the citizens of the county and talk about why they were running in the next election.

Covington County Circuit Judge Ben Bowden served as host for the evening and introduced the candidates by which race they were running for and then alphabetically to make sure it was not biased.

The first person to speak was Judge Beth Kellum seeking re-election to a third term on the Alabama Court of Criminal Appeals.

Kellum is a native of Vance in Tuscaloosa County. She graduated from Brookwood High School in 1977. She has both a bachelor’s and a law degree from the University of Alabama. In 1985, she became an assistant attorney general under Alabama Attorney General Charles Graddick.

Kellum was elected to the Court of Criminal Appeals in 2008 and re-elected in 2014.

“I was part of an Alabama farm family,” Kellum said. “My father raised beef cattle and grew cotton. I played piano for Sunday school at the Vance Baptist Church.”

Kellum said that she has been a lifelong republican.

“I was always interested in public service,” Kellum said. “As a matter of fact, I come by it naturally. In 1978, my father ran for the county commission in Tuscaloosa County and I went around behind him handing out his cards going, ‘Please vote for my daddy,’ 40 years later, when I ran for the court, my father went around handing out my cards saying, ‘Please vote for my daughter.’”

The main thing that Kellum stressed was the judge for the Court of Criminal Appeals needs to be someone with experience.

“In this court, we handle somebody’s life or liberty,” Kellum said. “It is important to have experienced judges. There is simply no time for on the job training. I have 35 years of legal experience and I know what I’m doing. I have handled thousands of cases. I was lucky enough to have the confidence of the people of the state of Alabama to put me on the court and I am here to ask for a third term on the court.”

The next race introduced was the race for the Second Congressional District currently being held by Martha Roby.

The first person to speak from this race was Jeff Coleman.

Jeff was raised in Dothan, where he graduated from Northview High School and he was a member of the 1981 football team that won the Alabama High School Football State Championship. He earned a B.S. degree in commerce and business administration from the University of Alabama, later he earned an MBA from Troy University in Dothan.

“I have never ran for a public elected office, ever,” Coleman said. “I am a businessman and I want to go to Washington to get results, plain and simple. I want to go up and help President Trump and his agenda on getting this country back on track. I am thankful for what President Trump has done. It is very important for what we are seeing in this great economy and I know about that first hand because I am a job creator and that is what I have done all of my life.”

Coleman is the owner of a 105-year-old trucking company and boasts that he has a “Ph.D at hardknocks, Packer, helper and driver.”

“I am completely humbled to even be given the chance to run for U.S. Congress,” Coleman said. “I am a civic leader, a godly man of faith and a successful businessman and I have done that my whole career.”

There are three things that Coleman is focusing on in this campaign, economic development, military and agriculture.

“I’m going to tell you right now, quality jobs will solve all of our problems,” Coleman said. “We can do better to create more jobs for this great district that we call home. It is very diverse, very dynamic and I love every part of it. Number two, there is nothing stronger than our United States military. I know many people in this area are touched by Fort Rucker and the great Maxwell Air force Base. I am thankful for President Trump and everything he is doing for our United States military. They are the best and the brightest and we can all do more. I served on Friends of Ft. Rucker for 15 years and did everything I could to keep Ft. Rucker strong. Number three is going to be agriculture. There is nothing stronger than what we see in our farmers from our food, fiber and clothing. It is very important that we continue to help our farmers do the best we can do.”

What people can get from Coleman, according to him, are integrity, honor, care, respect and humility.

“I’m a businessman, not a politician,” Coleman said. “I care about getting results, and that is what I’m going to go to Washington and do. I’m going to take a 35 plus year career and I’m going to work for you.”

Former State Rep. Barry Moore was the next person to speak in this race.

Moore is a native of Coffee County and attended Auburn University, where in 1992, he earned his degree in agricultural science. While at Auburn, Moore was enlisted in the Alabama National Guard and Reserves, where he excelled at being a soldier and was a member of the Army Ranger Challenge Team in Auburn’s ROTC program.

In 1998, Moore founded his own company. He and his wife Heather own and operate Barry Moore Industries.  He started BMI with one garbage truck.

“I tell everybody that the transition from garbage to politics is pretty easy to make,” Moore said. “In 2008, Barack Obama made the famous statement that we are no longer a Christian nation. I told my wife that if we don’t engage the process then who’s going to? So, I stepped out and got into the race in 2010 and got elected to the Alabama House of Representatives.”

Moore said that for the first two years in office, he was labeled as the most dependable conservative vote in the Alabama House of Representatives.

“There were 1,100 bills that came across our desks and I always looked at them with a simple list, faith, family and fundamental finance,” Moore said. “In other words, does it impact our Christian faith, how does it impact the families in this district and last, was it conservative, did it reduce taxes and regulations?”

On August 21, 2015, Moore became the first elected official in the nation to endorse President Trump at his first campaign rally in Mobile, Ala.

“Out of 150 elected officials at the rally, they all wanted a picture with him, but no one wanted to endorse him,” Moore said. “I was the first elected official in the nation to walk out on stage and say that I’m going to endorse an outsider. We need a fighter and I became a Trump delegate. I say all of that to say this, election year is 2020 and what do we all say about 2020? Hindsight is 2020. Just look at my record. We need to know that we are going to send somebody that is going to support Trump. He has been fighting the system and the swamp since day one.”

The last person to speak in this race was Jessica Taylor.

She began her career writing and managing grants while working in the Governor’s Office of Faith-Based and Community Initiatives. Her tenure in that office included managing several statewide initiatives, including Alabama Communities for Education, a high school dropout prevention program.

While working during the day and raising her first son, Taylor earned her law degree at night from Thomas Goode Jones School of Law.

In 2010, she founded Azimuth, a full-service grant consulting firm, to help nonprofit organizations, schools and local governments become stronger in their communities by helping them navigate the maze of government regulations.

she served in 2016 as president of the River Region Pregnancy Center, an organization committed to helping pregnant women and protecting unborn life. Taylor now serves as the president of the board of directors for the Samaritan Counseling Center in Montgomery and has been a Big Sister with Big Brothers Big Sisters of Northeast Alabama since 2005. She is also a board member of the Kiwanis Club of Montgomery and a member of the First United Methodist Church of Prattville.

“I am running for office because I think we need a new generation of conservatives that can go toe to toe against AOC [Alexandria Ocasio-Cortez (D-NY)] and her ‘squad,’” Taylor said. “They are absolutely brainwashing the younger generation in this country. A poll came out recently and it said that 70 percent of millennials would vote for a socialist and one in three support communism. Communism, you guys. That was a cussword not too long ago. Now, young people think that is the direction that we need to go and it scares me to death.”

Taylor said that she is afraid of what kind of country her children will grow up in.

“That is why I want to go to D.C. to fight for our strong Alabama values and go toe to toe with AOC,” Taylor said. “I am pro-life and pro-second amendment. People like to talk about how we have a gun problem in the country and I don’t think so. We have a mental health problem. I support our military, I am ‘pro-wall’ because we have to stop illegal immigration and I am pro-Trump.”

This article is the first in a series. Look in Wednesday’s paper for local Republican candidates.