Gunnels served in the USAF 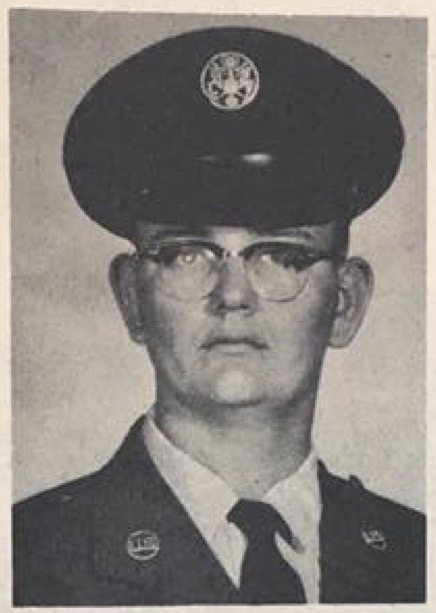 Michael David Gunnels attended Andalusia Schools and completed requirements for his High School diploma after he enlisted in the Air Force in 1966.

Mike had plans to go into the ministry after completing his military service.

After arriving in Vietnam, Mike sent his family a tape of the first sermon he had preached to his fellow service members.

He was practicing, what he hoped he would be doing after ministerial training.

Rang Air Base  in S. Vietnam.

they were working the midnight shift in the radar shop.

An Australian B-57 Canberra

The transportation van dropped Mike off at the revetment where they plane was located.

Mike was warned to stay away from the front of the plane until the bomb loaders had finished uploading bombs into the plane and checking the 20 mm cannons [part of their job].

The van had only gone a short distance when they heard 3 fast explosions.

in front of the plane. Mike’s friends quickly returned to find him lying on his side, going

in circles. A high explosive incendiary shell had hit Mike in the right shoulder, right above

his flak vest. Mike lived a few hours but died around 4 a.m.

Mike’s mother, Mrs. Dorothy Wilson was notified  of his death. His funeral was held on

and the book, “Airman’s Odyssey” by Lt.Col, James D Lawrence.