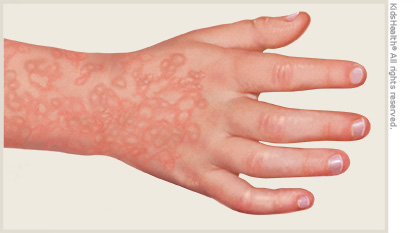 Covington County now has an endemic of Fifth Disease according to local pediatrician Dr. Bhagwan Bang.

The disease is a viral illness that is caused by parvovirus B19. It is more common in children than adults. It is a common and highly contagious childhood ailment causing a distinctive face rash.

Bang said he has seen several more cases this year than he has ever seen.

“I have seen many cases this year already,” Bang said. “But I am not sure why. I have contacted the Alabama Department of Public Health to report it.”

He said that children between the ages of 5 and 15 is usually when the disease hits.

“It can affect any child from the ages of 5 to 15, but it is primarily found in at the preschool to elementary age,” Bang said. “The incubation period for the disease is four to 14 days. They will generally start to develop a mild fever and then they will get a rash that starts on the face and then will go down the trunk and arms.”

Though the rash is definite, Bang said it is a lazy rash.

“It is not contagious whenever the child gets the rash, it is very contagious before,” Bang said. “One of the main questions I get asked is if the child can go to school. If he has the rash then he is not contagious anymore, but since the symptoms are very easily misinterpreted as the common cold, then it is hard to know. The rash can last several days to several weeks and can show up with change of temperature or stress.”

Even though Bang is seeing this a lot more often than usual, he said there is nothing to worry about.

“I don’t think anyone should worry about Fifth disease because it is very common in children,” Bang said. “The only thing a parent should worry about is if the child is immunocompromised or if they are pregnant and get the disease.”

Bang is also seeing a lot of flu cases earlier than normal.

“Right now, the flu is widespread in Alabama,” Bang said. “In my office, we are seeing a lot of ‘B’ type flu as opposed to ‘A,’ which is not the usual. Usually, we see ‘A’ come first then followed by ‘B’ in the spring. We are expecting this December to be the peak month for the flu, but it is unpredictable. With type ‘B,’ more children will get infected, so it is important to make sure that you have your vaccination. This vaccination is supposed to work well with type ‘B.’”