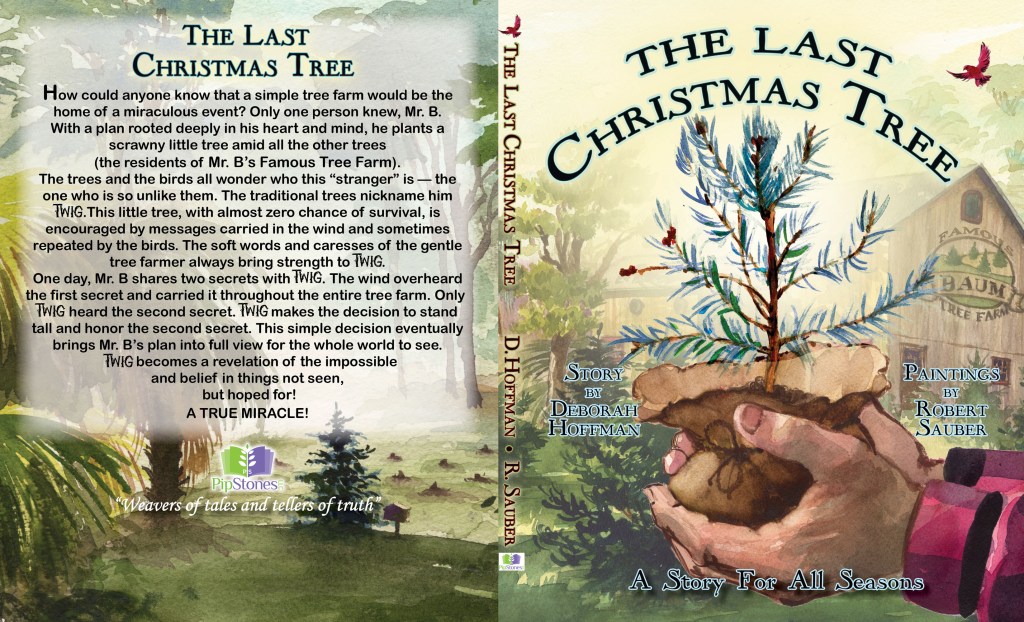 After technical writing for years, Deborah Hoffman moved to Red Level and found a passion for storytelling. Now, she has just released her first book, “The Last Christmas Tree.”

Hoffman grew up on a ranch and a farm in the Wildcat Range in the Western Panhandle of Nebraska. She is the mother of five and has one other daughter, lovingly referred to as the acquired daughter. After moving to the south and living in a 118-year-old house that her husband chose to rescue, Hoffman was brought back to the quiet times she knew as a child.

“I wrote this story after a Christmas parade in Red Level,” Hoffman said. “When I write, I don’t do a storyline. It just comes to me. All my stuff is hand scripted. I have tried typing it, but I lose my train of thought. With this book, I was getting lunch and I was ready to go back to work and in the air, I saw this little Charlie Brown Christmas tree. I just thought it was really cute. In my vision, I just saw the words, ‘The Last Christmas Tree,’ So, a few weeks went on and it was the night after the Christmas parade and I got another cup of coffee and my pen and paper and out came the story. I wrote it in an hour and 15 minutes.”

Hoffman said that her stories are often very real and have a real connection with people.

“Everything is very real,” Hoffman said. “I don’t write with a lot of adjectives and adverbs. I don’t write with flowery things and painting the scene. It’s just like people speak. I don’t use huge descriptors of my characters either, because I want the reader to develop that in their own minds. I think it’s more important to show who they are inside and their thought process.”

Initially, Hoffman put away “The Last Christmas Tree” for almost nine years, but she said she needed people to have the story.

“I had nine years of just, ‘No. Not yet,’” Hoffman said. “And then everything just fell in line. The theme of the book is to just not give up and not put yourself down for things that are just innately you. I just want people to be content and to know that there is a purpose in their life. I truly believe this book is for all ages and all people. I cried the whole time writing it, because I was just touched by the story.”

Hoffman and her daughter Abby Turner have opened their own publishing company PipStones LLC., in the hopes of providing publishing services to new authors.

The story of the Last Christmas tree is below:

How could anyone know that a simple tree farm would be the home of a miraculous event? Only one person knew: Mr. B…

With a plan rooted deeply in his heart and mind, he plants a scrawny little tree amid all the other trees (the residents of Mr. B’s Famous Tree Farm).

The trees and the birds all wonder who this “stranger” is – the one who is so unlike them. The traditional trees nickname him TWIG. This little tree, with almost zero chance of survival, is encouraged by messages carried in the wind and sometimes repeated by the birds. The soft words and caresses of the gentle tree farmer always bring strength to TWIG.

One day, Mr. B shares two secrets with TWIG. The wind overheard the first secret and carried it throughout the entire tree farm. Only TWIG heard the second secret. TWIG makes the decision to stand tall and honor the second secret. This simple decision eventually brings Mr. B’s plan into full view for the whole world to see.

TWIG becomes a revelation of the impossible and belief in things not seen, but hoped for. A true miracle.

The book is written by Hoffman and illustrated by Award winning painter Robert Sauber.