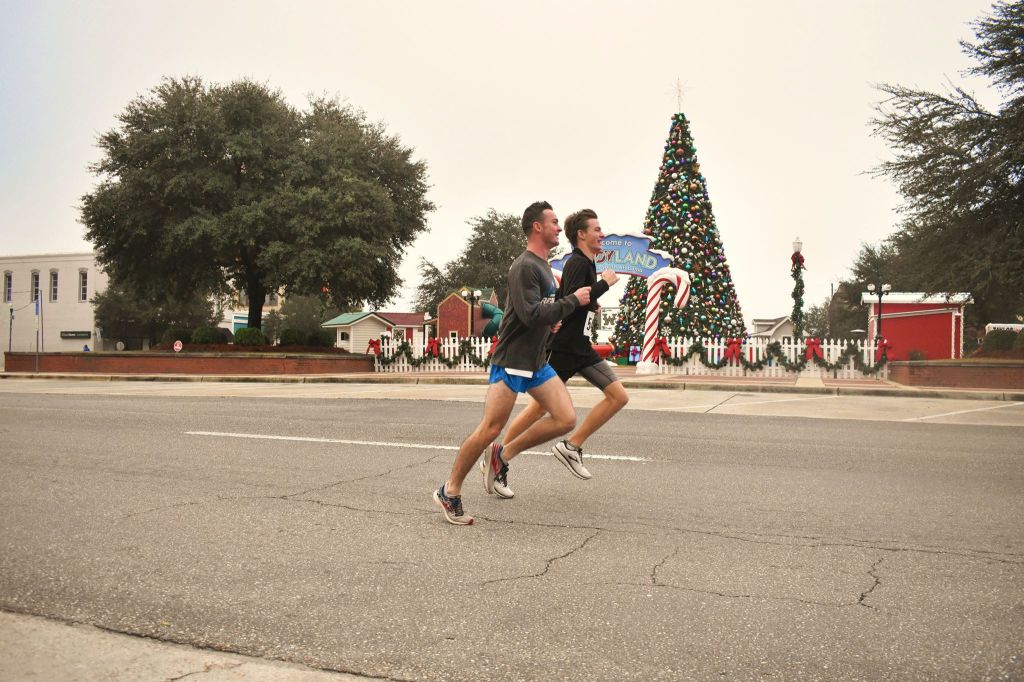 Organizers of the fifth annual Candyland Christmas Half Marathon and 5K say it was a successful day, nearly doubling last year’s participation numbers.

Jennifer O’Neal, one of the organizers, said the event keeps getting bigger every year.

“Last year, we had 170 participants,” she said. “This year, 300 runners from 18 states. Only 93 participants were from Covington County.”

O’Neal described the event as “an over the top Christmas running celebration that featured Andalusia’s Christmas in Candyland.”

“We enjoyed talking about our sweet frozen in time city to out of town people,” she said. “Andalusia has that hometown feel and our race was quaint. Most half marathons don’t happen in quaint, small towns. Ours was unique.”

O’Neal said they heard many wonderful stories of runner who had come to participate in the local race, and then spend the weekend at the Candyland events.

“They stayed in our hotels and ate in our restaurants,” she said. “This race was good for our local economy.”

O’Neal said there were 10 children who participated in the mile-long fun run for children 10 and under.

Local photographer Vicki Popwell set up a photo booth for photos with Santa and Mrs. Claus.

O’Neal said there were more than 100 volunteers that helped make the event possible.

“Some were on race routes at turns, cheering, serving refreshments, photographers, local city and county law enforcement support,” she said.

O’Neal said that all net proceeds from sponsorships and registration fees will be distributed among the local schools in our area who have track and cross-country teams.

O’Neal said that new course records were set by two runners from DeFuniak Springs, who finished the half marathon in 1:23:46.

Additionally, Santa Claus introduced Mr. and Mrs. Lee Stockton, a couple who planned for Santa to pronounce them husband and wife at the run. The couple was married the day before at the Covington County Courthouse, and Candyland was their honeymoon.

Lee took part in the half marathon and Keisha ran the 5K.

“We had 54 sponsors which were from all over the country,” O’Neal said. “The Candyland race volunteers along with their sponsors, the Andalusia Kiwanis Club, would like to thank each and every sponsor and participant for their support of running in the community.”