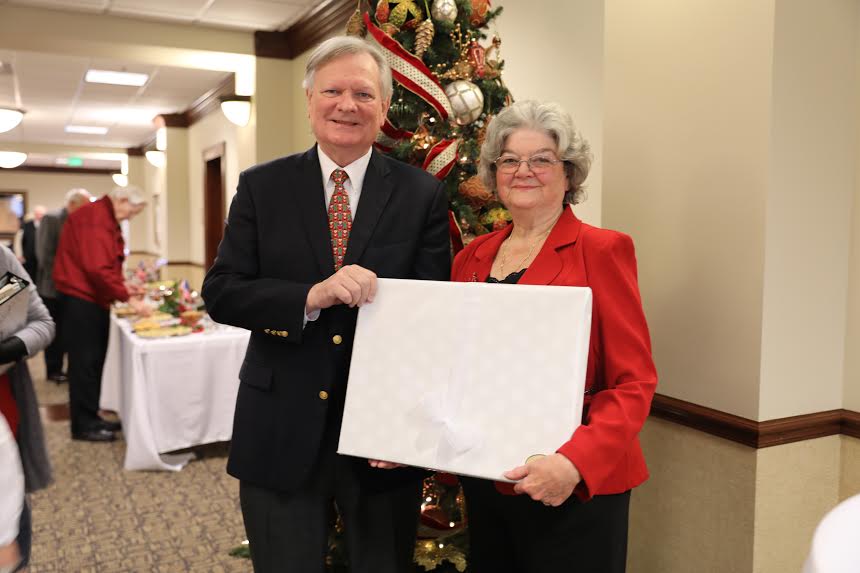 Fourteen years ago, Jewel Curry was just a member of the Events and Hospitality Committee, until former mayor Jerry Andrews talked her into becoming the chair.

Even with a change of mayor, she still stayed in the position.

“I got talked into joining the committee by Jerry Andrews,” Curry said. “Then when Earl won, I went to his office ready to resign and I told him that it wouldn’t hurt my feelings or anything that I’m perfectly ready to resign if he wanted somebody else to take the position. He said, ‘No, ma’am, I don’t want anybody else. You can stay as long as I’m mayor here.’ I just stayed in the position because I am an Andalusia, home town girl, and I just love Andalusia.”

Curry said the best part of being a part of the committee is bringing events to the community.

Since the beginning, Curry said that she has always had such good cooperation with the other people in City Hall.

“Both mayors have always been so good to me,” Curry said. “The city council has always been wonderful for anything we thought would improve Andalusia. We had cooperation with all of the business leaders in the city and I had just such a good team of people that worked with me.”

Over the years, Curry said she is proud of the improvements that the city has made.

“We have new businesses and new places to eat,” Curry said. “Both of the mayors that I served under were constantly working to improve Andalusia. I can say that for a fact. They have worked so hard to bring so much to the city like the airport and improvements to our hospital and school systems.”