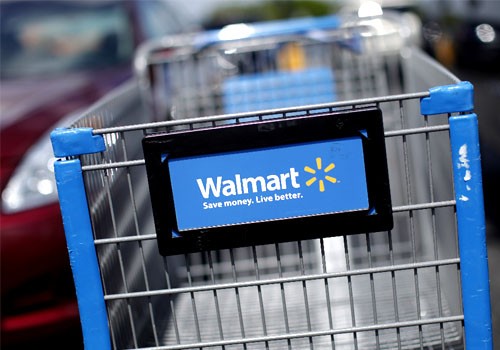 After hearing the news that his wife was followed outside of Wal-Mart one night, Andalusia local Joe Sowell took it upon himself to form #here2help to help protect women and the elderly from people looking to cause harm outside of Wal-Mart.

“My wife came out of Wal-Mart one night and was approached by a gentleman,” Sowell said. “He asked her if he could help her with her bags and she just said that everything felt very uneasy. At that point, I had to question if there was even security at Wal-Mart.”

What started out as a general comment of wanting to volunteer turned into a group of seven men wanting to help change a community.

“I just made the comment because I wanted to assist people,” Sowell said. “After that, people were kept asking me if I was really going to do this and I kept telling them yes, that if there is a need then absolutely. It just grew overnight to seven guys that all had the same mentality of helping out the community.”

The first night the men started volunteering at Wal-Mart, Sowell said the stories started flooding in.

“It was just about several of these women being harassed and followed in Wal-Mart,” Sowell said. “It was actually a lot of women with small children that were not accompanied by a husband or boyfriend or whatever. The big presence was that it was single females or females with young children, even some senior citizens.”

At first, Sowell said people were hesitant to agree to his helping, but that did not stop the group.

“We were very cautious,” Sowell said. “I didn’t even speak with Wal-Mart management to start with, but after a while, I spoke with one of the managers and he said that he appreciated and applauded what we were doing. He told me that we weren’t allowed to come up to people, but if they asked us then that was OK. At first, it was kind of touch and go. We had only maybe one person that asked us, but it has grown overnight and honestly even if we helped nobody, just having a set of eyes over the parking lot helps peoples’ minds be at ease.”

Sowell said that one volunteer faced his fear of shopping with his mother after a man followed her to their home.

“He overcame his fear by returning to Wal-Mart and helping people,” Sowell said. “He realized that he could be a hero instead of being scared to go shopping with his mother. It is a big benefit for us that there are these men that are seeing that there is a need and they are starting to stand with us to do the right thing.”

In the meantime, Sowell’s goal is to provide a service for the community.

“I would love for this to expand to other communities, as well,” Sowell said. “Right now, we know that with it being this time of year, there are going to be more people out there trying to do harm. So, we are going to do it until the first of the year and then we will see where to go from there. We are just all focusing our mindset that there is a need here. The hard part is that we are all working full time and this is a strictly volunteer thing. We don’t do it for tips at all, it is just a service that we believe is important for our community.”