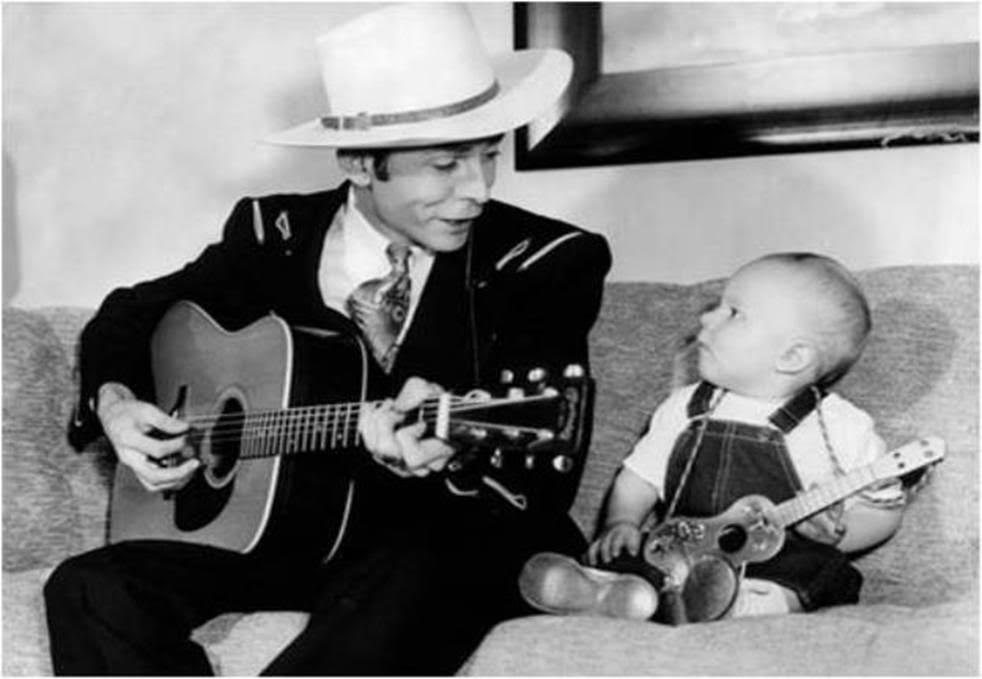 “Hey, good lookin’, whatcha got cookin’…” On New Year’s Day, as I was in my kitchen cooking the traditional holiday meal of black-eyed peas and the sides, the news came on television. The host of long-time fans of Hank Williams gathered as they do each year in Montgomery at the graveside in Oakwood Cemetery for the ever-popular remembrance of the singer whose legacy is the “King of Country Music.”

As Wikipedia and other internet sites state, “His songs of drinking, living, and praying were “never heard of” themes back in the day. His troubled and turbulent life was reflected in his music. He was only 29 years old when Williams, “hillbilly star and hit tune composer and singer,” passed away in a car near Oak Hill, Virginia on New Year’s Day, January 1, 1953, as he was being chauffeured to a performance.

Since an historic marker was erected in Andalusia in 2006 one block east of the Court Square by the Alabama Bureau of Tourism and Travel, I thought it timely this New Year’s week to write a few remembrances relating to Hank Williams and his Andalusia connections. After all, Andalusia is listed on the official “Hank Williams Trail.”

From the time the historic marker was installed, trail pamphlets were  placed at the Alabama Welcome Centers directing visitors to Andalusia. Many people come to see for themselves the site where Hank and Audrey were married by  Justice of the Peace, Marion A. Boyett, at the John Grant Wright Garage formerly located on the corner of East Three Notch and Historic Central Streets. The nearby mural is also quite a popular photographable site.

Many locals may not be aware that there have actually been couples to get married on the sidewalk beside the historic marker right here in Andalusia.  Ask the employees at WAAO Radio Station who often look out the window from across the street and spot tourists taking pictures in wedding-type clothes. A few who have been interviewed have traveled from all over the country, devoted fans of Hank Williams and his music.

Born in Mount Olive (Butler County), Alabama, Hank lived and grew up with his family in Georgiana, Garland, and Chapman where they once resided in a W. T. Smith Lumber Company railroad boxcar for a short time according to local legend.

In Georgiana, Williams met Rufus Payne, an African-American blues musician, who gave him guitar lessons in exchange for food or money. That was his early start. Seems like I heard he had friends in the Red Level area, too, where he made music with them at picnics and other social gatherings. He often played for dances in the late 1940s at the Riverside Inn that once was situated beside the Conecuh River in River Falls.

Williams would later relocate to Montgomery where he began his music career in 1937 when producers at WSFA-TV hired him to perform a 15-minute program. He formed the “Drifting Cowboys” back-up band managed by his mother. He dropped out of school to devote time to his career. During the World War II years, several of the band members went off to serve in the military so his tv contract was cancelled. Williams continued to play at joints and clubs in and around Montgomery.

Married eventually to Audrey Sheppard in 1944, Williams made her his manager. By 1949, Hank appeared for the first time on the Grand Ole Opry with 6 encores. The audience was carried away with his song “Lovesick Blues” and his white suit!

A lot more can be said about Hank and Audrey and especially their son Hank, Jr. who has followed in his dad’s footsteps in the music industry though in a different and successful style of country music (“It’s a Family Tradition”).

A few songs that most people are familiar with include “Your Cheating Heart,” “I’m So Lonesome I Could Cry,” “Hey, Good Looking,” “Cold, Cold Heart,” “Jambalaya,” “I Saw the Light,” and “You Win Again.” Many orchestras have recorded Hank’s tunes which are still heard today. In Muzak, background music in retail stores and public establishments, shoppers enjoy those melodies.  What country singer today cannot play “Your Cheating Heart?” Just about any “Hee Haw” rerun will almost always include a Hank Williams’s song! Grand Ole Opry programs continue to feature new country stars singing Hank’s songs.

A whole lot more can be said about Hank Williams and his short life, good and not so good, but I will leave it at that. I can just hear some of you readers saying, “Remember When, Hank…………..”  You fill in the blanks. He was around these parts quite a bit back then and will be long remembered. Where is that t-shirt I bought and wore one year over at Garland at the annual Hank Williams’ Day celebration that June. It must have gotten in some yard sale of mine by mistake. It read, “IF YOU DON’T LIKE HANK WILLIAMS, YOU CAN …….” If you run across it, let me know!

Sue Bass Wilson, AHS Class of 1965, is a long-time member of the Covington Historical Society. She can be reached at suebwilson47@gmail.com. 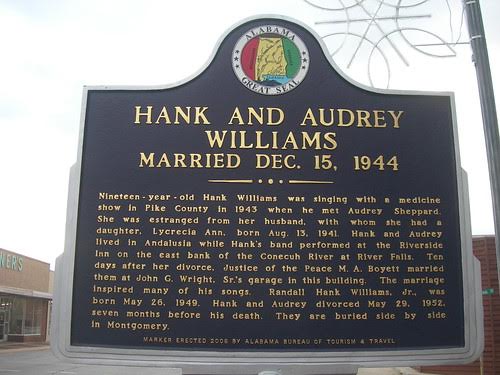