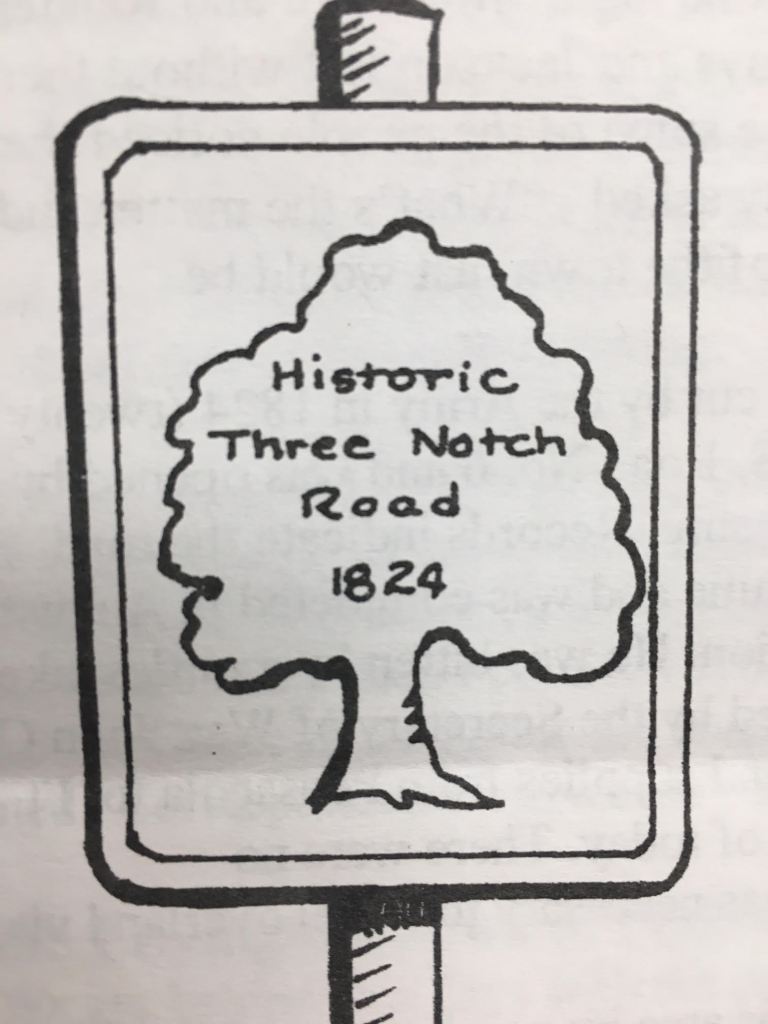 “Grab your coat and get your hat, Leave your worries on

recorded through the years by stars such as Louis Armstrong,

Probably not many citizens living still remember the

Three Notch Oaks that lined either side of the Three Notch

Streets in Andalusia. The late historian G. Sidney Waits wrote, “The tops of the trees arched over the streets and provided a shady approach to the Public Square. With the paving and widening of our main streets, the oaks were cut down. Some had died earlier because of dry weather or being damaged by wind and the elements.”

One or two of the old oaks seemed to survive the longest  –one was just beyond where you turn to go on the Brooklyn Road off the Brewton Highway referred to these days as the West Bypass. That corner parcel is known to many as the site of the old Fletcher place. The hulk of that historic oak is pictured here, but it is long gone.

The other ancient tree was located in front of what used to be known as the Clark-Simmons house (later the Bob Brooks home) at the top of Bay Branch Hill on South Three Notch. I don’t remember when it was removed. It’s only visual reminder is in my mind and maybe yours. Do any of you readers remember it?

The popular legend tells us that Andrew Jackson’s garrison

of troops cut three “notches” (or “gashes” according to the late Troy University history professor Lee Harris) as he marked his route through the area on his way to Pensacola. Many old timers said that Jackson camped at the head of Soldier’s Creek which is near Shaw Industries and Power South on US Hwy. 29 North near Heath. Others say he also may have camped near Rose Hill where his soldiers accidentally left a very large anvil that some may still know the whereabouts of today.

Senior citizens of the 1930s, 40s, 50s, 60s who had lived most of their lives in Andalusia at the time remembered a big cherry tree that stood in front of the Studstill home on East Three Notch Street where the Sonic is located today. That old tree had a chain attached to an old horseshoe nailed to the side of the tree. Many said Jackson tied his horse to the tree by

Waits always stressed that the Three Notch was one of Andalusia’s historic attractions. I Remember When historical members met during the mid 1980s to decide what the name of the new local history museum converted from the Central of Georgia depot would be named. Waits proposed the name Three Notch Museum and so it was chosen!

Constructed by the army in 1824, the road is some twenty years older than the City of Andalusia which was established in 1844 when the post office and courthouse were moved up the hill from Montezuma.

Factual evidence indicates that the Three Notch Road was cut by the army in 1824 and was called U. S. Road No. 6. Records reveal that the road measured 233 miles in length and was opened by the U. S. War Department as a military emergency measure. One soldier who gave his life during the construction was bitten by a rattlesnake. The road ordered by the Secretary of War John C. Calhoun, was necessary to transport troops and supplies from Pensacola to Fort Mitchell in the Creek Nation near the town known today as Columbus, Georgia. There were no steamboats on the Chattahoochee River prior to 1836 so it was necessary to travel over land via U. S. Road No. 6.

Andalusians commemorated the old road through this area by naming two of the main streets after the Three Notch Trail. A few years ago, the historical society placed signs along the thoroughfares of East and South Three Notch to preserve the significant event is the town’s history.

Used by early Indians as a trail many years before it evolved into the Three Notch, the path followed the natural high ridge route from the Troy area to the falls of the Conecuh River and then headed South. Spanish and English traders out of Pensacola made their way over the route to trade with the Indians. The Indians followed the trails of the wolves, bears, coyotes, deer, and other creeping animals.

The trail was covered by a vast primeval forest of trees of enormous size forming a canopy which blocked out the sunlight.  It would serve many purposes. From an animal trail, to an Indian trail, to a military trail, to a settlers trail, to a postal trail, it became necessary to link the United States with its newly acquired territory.

Researcher Lee Harris and Archaeologist McDonald Brooms, both natives of Andalusia who were both educated in the Andalusia city schools and who collaborated together, noted that three notches was the official direction marker used by the U. S. Army. Soldiers would cut three large horizontal gashes in the trees at intervals of some 200 yards. The gashes were at least three feet long, a foot high, and a foot deep. All a traveler had to do was to follow the “notches” or “gashes” or “chops.” Eventually a path would be worn and wagon ruts would appear that became a boon to settlers moving into south central, southeast Alabama, and northwest Florida.

Harris stated, “On June, 1824 Captain Daniel E. Burch along with a lieutenant, a sergeant, two corporals, and 24 other enlisted men along with three mules and three wagons began their task of opening a route into the interior of Alabama. By mid-August, the task was complete.”

I love a legend as much as anyone, and I don’t want to burst anyone’s bubble, BUT….Harris noted the following: “It is a myth that Andrew Jackson was involved with the building of the Three Notch Trail. In the summer of 1824 Jackson was a U. S. Senator from Tennessee and was preparing to run for the presidency!”

Harris also noted that the trail coming from the south enters South Three Notch Street before quickly turning onto Snowden Drive. It then travels a piece over Hwy. 55 and 84 onto Fletcher Road to the end then moves east and northeast on the Heath to River Falls Road on Cty. Road 70 and onto Cty. Rd. 43 past Rose Hill. It does not look factual that East Three Notch Street was ever on the Three Notch Trail. As the historic marker in downtown Andalusia reads, “Local legends that credit Andrew Jackson are not documented.”

Because I grew up in a residential neighborhood on East Three Notch Street, that street where I learned to drive a car, to roller skate on the sidewalk, to walk home with my friends from East Three Notch School, to promenade with boys at our  6th grade prom, to march in parades, and to worship in nearby First Baptist Church will always be the “Sunny Side of the Street” to me. I Remember When it was a two-lane street with old oak trees growing on both sides. Life was so sweet on the “sunny side of the street.” 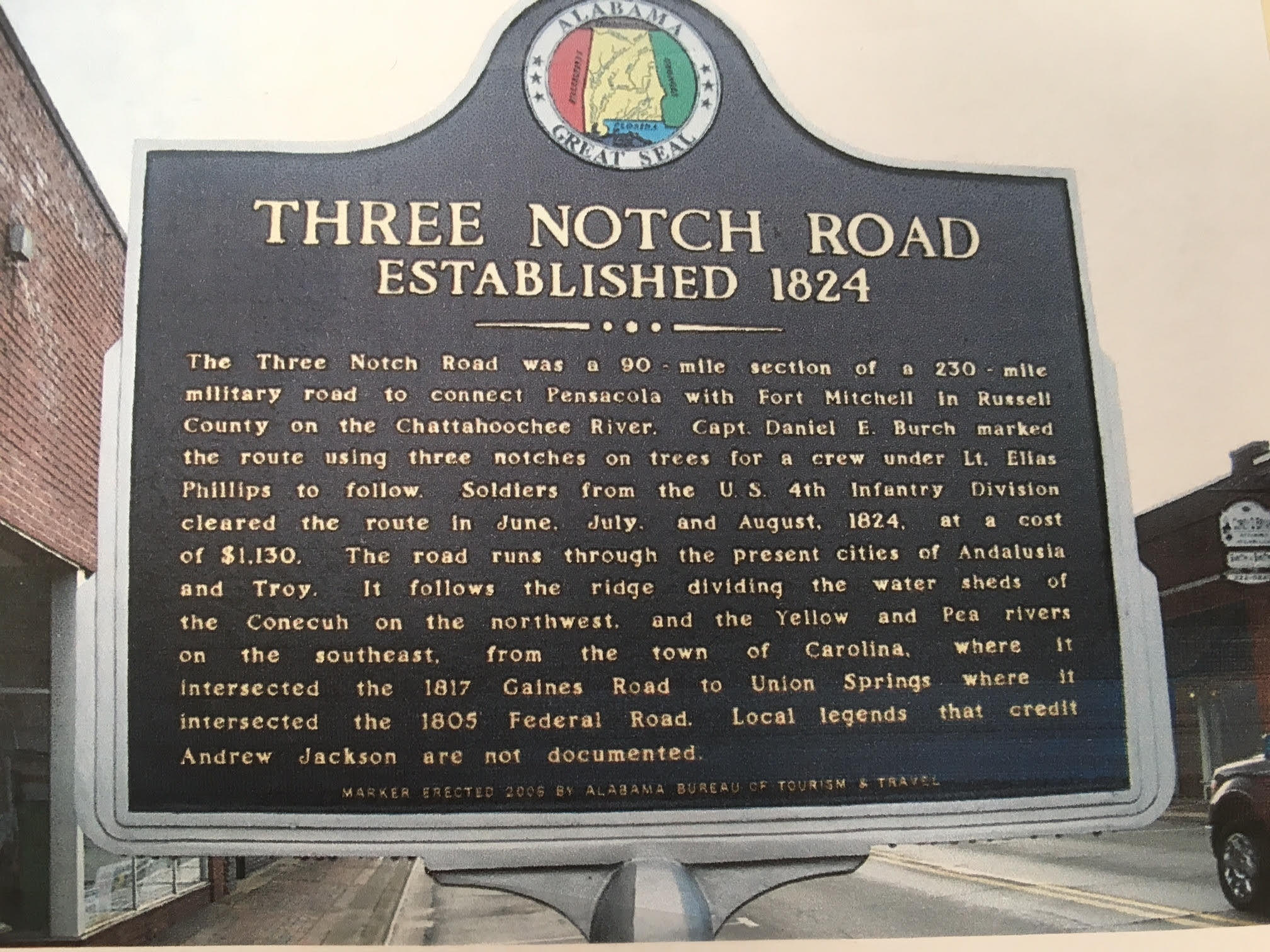 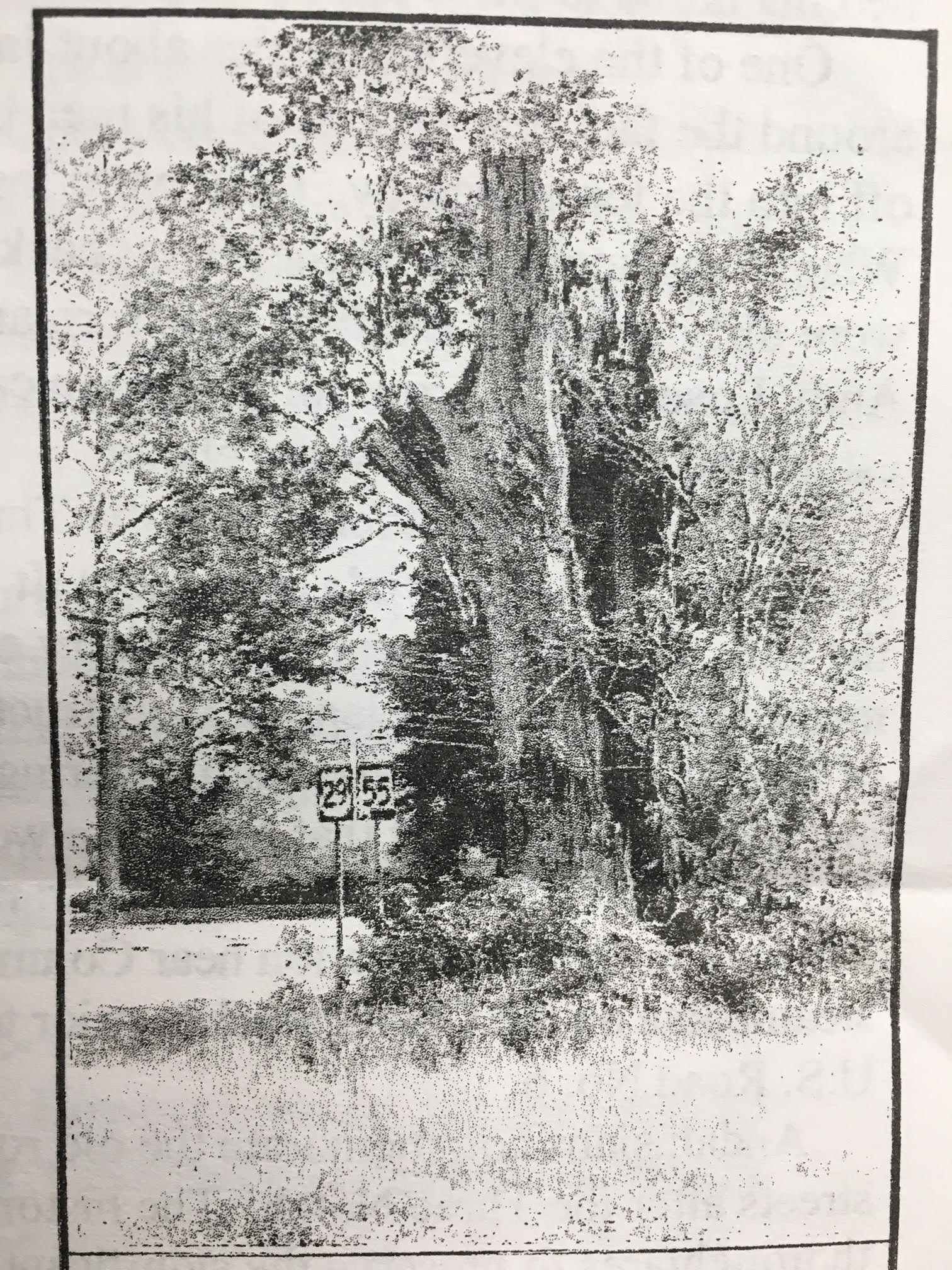 Remember When: Historic postcards from the Three Notch Museum…