Damage sustained  in Opp on Saturday 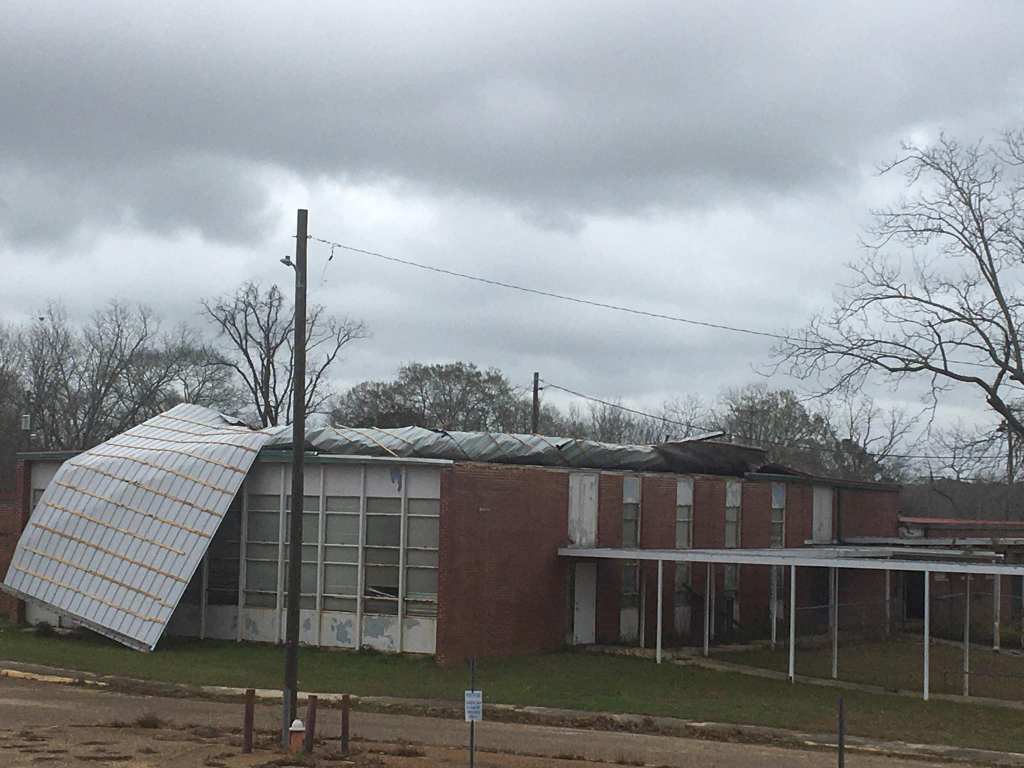 Storms rolled through Covington County on Saturday leaving some damages and power outages.

Susan Harris, Covington County EMA director said Head Start in Opp, which is located at the former South Highlands Elementary School, is the only structure damage her office received a report on.

“We know there was minor wind damage to other structures in the county,” she said. “As far as other damages, trees and power lines were down. Those were reported across the whole county.”

Power was also out in Opp as well.

Stacy Parker, general manager of Opp Utilities, said they were fortunate to only have minor outages on Saturday and one tree fall.

“We had a little bit of trouble with a substation,” he said. “But it was repaired.”

“The first round of severe weather impacted our area Saturday afternoon into the evening and it knocked power off to 2,941 CEC members in parts of three counties including Covington, Crenshaw and Coffee,” she said. “Crews worked as quickly and as safely as possible throughout the weekend to restore power to members impacted by these storms. We certainly appreciate the understanding and patience of our members as we worked to resolve these outages.”

In Florala, Mayor Terry Holley said no damage had been reported to his knowledge from Saturday’s storms.

“I have been in contact with Alabama Power, as well, and they received no reports in Florala,” he said.

Covington County EMA also opened a shelter on Saturday at Andalusia Junior High School for those who needed to seek safe shelter.

Covington County fared well compared to other parts of the state.

At least four confirmed tornadoes left death and destruction and some 100,000  Alabamians without power.

An EF-2 tornado struck near Reform in Pickens county and had winds of 134 mph, and is where the three deaths occurred.

There was also another EF-2 tornado in Marshall County that touched down near Brindlee Mountain Primary School, with winds of 120 mph, according to the National Weather Service. The school sustained heavy damage.

An EF-1 tornado was confirmed to have swept from Cullman County near Joppa to Marshall County’s Hog Jaw community, and an EF-0 was reported in Holly Pond in Cullman County.

Across the Southeast, 11 deaths have been confirmed.