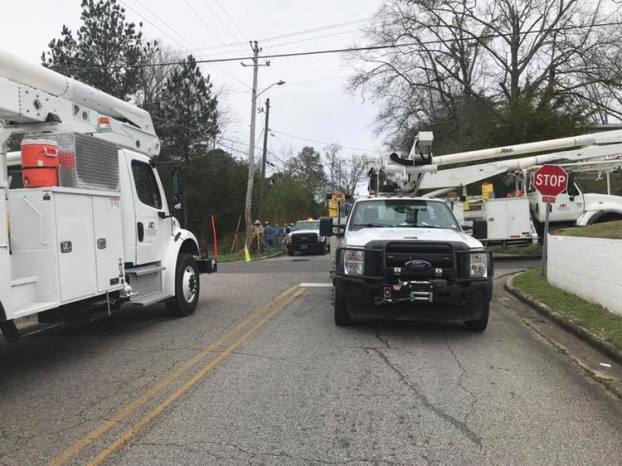 An 18-wheeler struck and broke this power pole at the intersection of North Cotton and 2nd Street a short while ago. City Utilities crews are on the scene to make repairs. To do so, they will have to turn the power off on North Cotton from Robert Horry Park to the Courthouse, and on about two blocks of 2nd Street. The power is expected to be out for three to four hours.

The 18-wheeler that struck the pole was an Averitt truck that turned on Smith Street headed toward River Falls Street. Anyone with information about the truck is asked to call the Utilities Department at 222-1332.

City officials say they apologize for the inconvenience, and are working to get the power restored as quickly as possible.