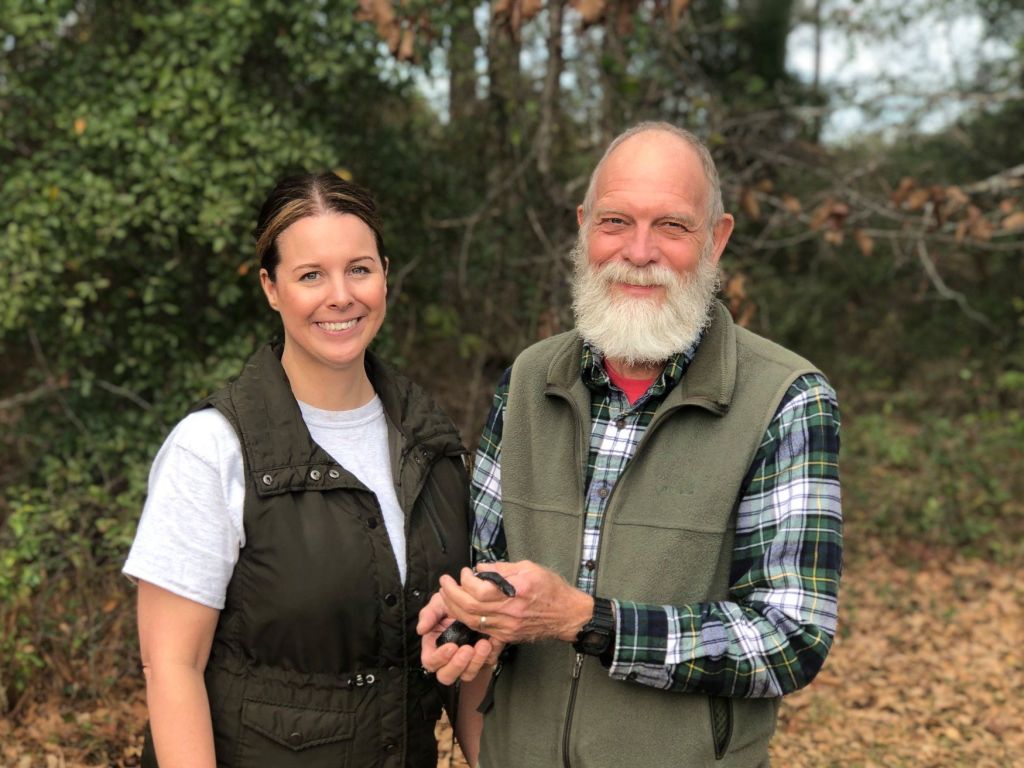 The Alabama Department of Wildlife and Fisheries announced on Friday that biologists recently discovered in the Conecuh National Forest a baby Eastern Indigo Snake.

The snake is approximately seven months old and is a product of Alabama’s Eastern Indigo Snake Reintroduction and Monitoring Project.

According to the department, it has been more than 60 years since Eastern Indigos have been documents in the wild in this state.

“This is a significant milestone in the project because it confirms that Eastern indigos raised in captivity can survive, reproduce and exist as wild snakes,” the announcement said.

The Eastern Indigo Reintroduction Project is made possible through Alabama’s State Wildlife Grants Program. Project partners include: The Alabama Wildlife and Freshwater Fisheries Division, the Auburn University Museum of Natural History, The Orianne Center for Indigo Conservation, the U.S. Forest Service, the Auburn University School of Forestry and Wildlife Sciences, and the U.S. Fish and Wildlife Service.

Local herpetologist Jimmy Stiles, who works in the Conecuh National Forest said, “After 12 years of blood sweat and tears working on the project. More tears of joy!”

In June 2010, 18 juvenile Eastern Indigos were released into the Conecuh National Forest. Since then, biologists have had several additional releases working to help restore the snakes to the CNF.

The slow population by humans in the area, as well as timber harvesting, is credited with the snakes’ demise. The last known sighting of the snake in the wild locally was in 1954, just north of Florala.

In 1978, the lustrous, glossy, blue-black, non-venomous snake was listed as “threatened” by the U.S. Fish and Wildlife Service under the Endangered Species Act. The Eastern Indigo snake is the longest snake in North American, reaching up to 8 ½ feet long and weighing up to 11 pounds.

It feeds mainly on other snakes and other small wildlife.

“Some may wonder why it’s important to increase this snake’s population,” said Dr. Jim Godwin, zoologist with the Alabama Natural Heritage Program, said at the time of the first release. “Well, a healthy population of Eastern indigo snakes in a longleaf pine forest setting is an indication of an ecologically functional forest.

“The loss of this snake from Alabama and other areas is the loss of a significant part of the biodiversity of the forest,” he said.