Is blue light affecting your eyes? 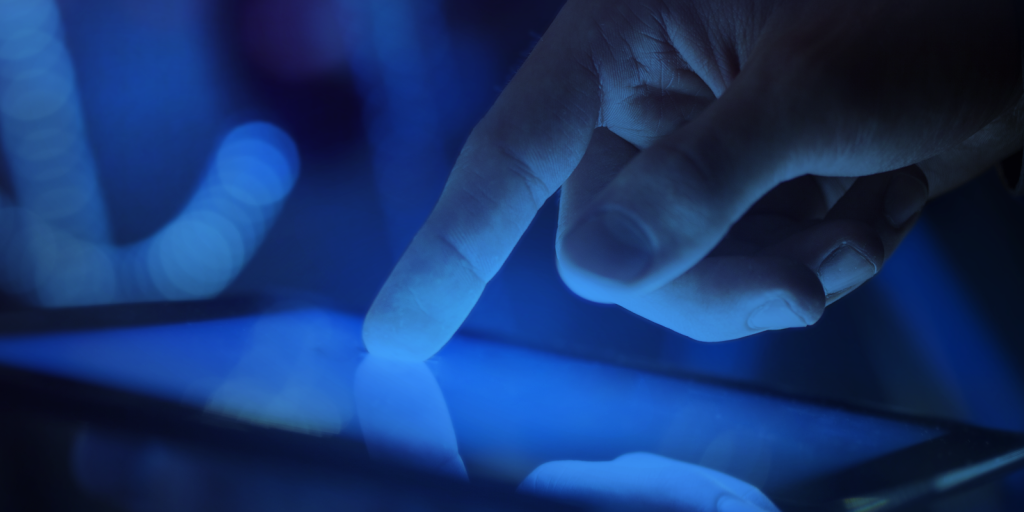 For people who spend a lot of time in front of a screen, the light emitted from their device might have negative effects over time, according to local optometrist Dr. James Barton of Ensight Eyecare.

Blue light is a color in the visible light spectrum that can be seen by human eyes. Blue light is a short wavelength, which means it produces higher amounts of energy.

It used to be that the only source of blue light was from the sun. Now blue light can be found by way of digital screens (found on TVs, Smartphones, computers, laptops, tablets and gaming systems), electronic devices, LED and fluorescent lighting.

Barton said they do know that blue light can cause damage to ocular tissues.

“Increased blue light intake can cause issues for macular degeneration, cataracts and stuff like that,” Barton said. “The challenge is measuring the amount of blue light that is actually coming off of a digital device like a tablet, a cell phone or a computer.”

Experts are really not sure yet as to how much damage and how fast it will take place, Barton said.

“If you walk outside, you’re going to get blue light from the sun,” Barton said. “We think that the amount coming off of cell phone and tablets are so small that it won’t be a significant effect; however, we are staring in front of them all day.”

One concern that Barton has is that most of the schools in Covington County are all one to one when it comes to devices.

“Kids are really in front of these devices a lot,” Barton said. “Long answer short, there really isn’t enough data for us to say with certainty what the long term effects are.”

One thing that experts are sure on is that blue light does affect sleep patterns.

“We know that if a kid is using a cell phone maybe an hour before bed, it is going to suppress melatonin production,” Barton said. “Of course, the same thing happens for adults, as well. That is why we encourage everyone to turn their devices off at least two hours before bed. Even when you wake up in the middle of the night and check your phone, it kills your melatonin right then.”

Barton said, unfortunately, it is hard to block blue light.

“There are certain coatings that we can add to lens to block a percentage of blue light,” Barton said. “Every major company has some type of blue light blocking coating, but they only block about 20 to 30 percent. We can add those coatings and it will help, but the main thing is trying to minimize that screen time.”

Cancer Freeze recipient encourages women to listen to their…