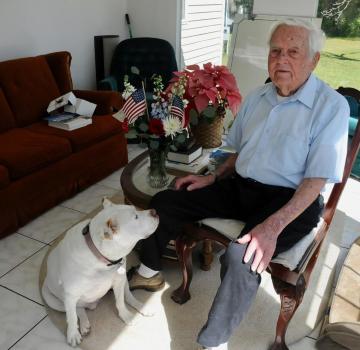 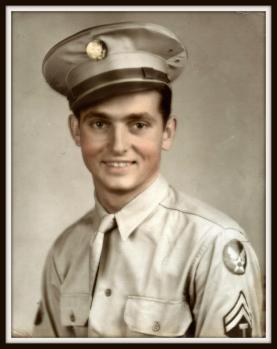 Andalusia lost a prominent member of The Greatest Generation with the death of Mr. W C Echols this week. A more complete biography of Mr. Echols experiences growing up in the Carolina Comm-unity and his subsequent military service during WW II, can be found in the Veterans Magazine published by the Andalusia Star-News in Nov 2019.

Echols worked as a sharecropper growing up in the Carolina Community. He eventually followed his grand parents to work with them in Tennessee. In the late 1930s, he moved to the Birmingham area and worked in the mining industry,  operating heavy, earth moving equipment. He eventually became a welder and was employed by the Tennessee Coal, Iron and Railroad when he received his draft notice in 1941.

After training in Florida with the 841st Aviation Engineering Battalion, Echols shipped cross country by railroad to California, where embarked, along with 10,000 other troops for the Pacific war theater. In Dec 1943, the 841st was sent to the Island of New Britain, particularly the  battle area of Cape Gloucester. Echols operated heavy equipment,  repairing and building runways for the Army Air Corps. One day, as his crew was moving dirt on one of the runways, they were attacked by a Japanese Zero. The “cookie cutter” bombs they dropped, were designed to burst above ground, causing maximum personnel damage. W C was wounded on the right side, leg, hip and ankle. He awakened 24 hours later, on an island some distance away. He was treated by surgeons who were short of morphine and other needed drugs which caused immense pain. To make matters, his ankle was reset improperly and became infected with “jungle rot”. The injury bought Echols a trip home where he spent many months in rehab.

Mr. Echols returned to TCI [later US Steel] in the Birmingham area and worked until his retirement in 1966. He and his family lived and worked in Inlet Beach and Paxton, FL. for over 3 decades. At Inlet Beach, he was an entrepreneur and small businessman and helped establish the first volunteer fire department and the first EMS unit. In 2000, he moved to Andalusia where he remained until his death.

Funeral services for Mr. Echols were held at Foreman Funeral Home Chapel, Fri. Jan 31 at 11 a.m., with visitation starting at 10 a.m. Brother Jack Armstrong will officiate at the service with burial to follow at Carolina Cemetery.

He was preceded in death by 2 sons; James Donald Echols and Billy Clyde Echols; his first wife, Agnes DeMott Echols and second wife, Gail Turner Echols as well as 3 brothers,  3 sisters and one grandson, Johnathon Echols.