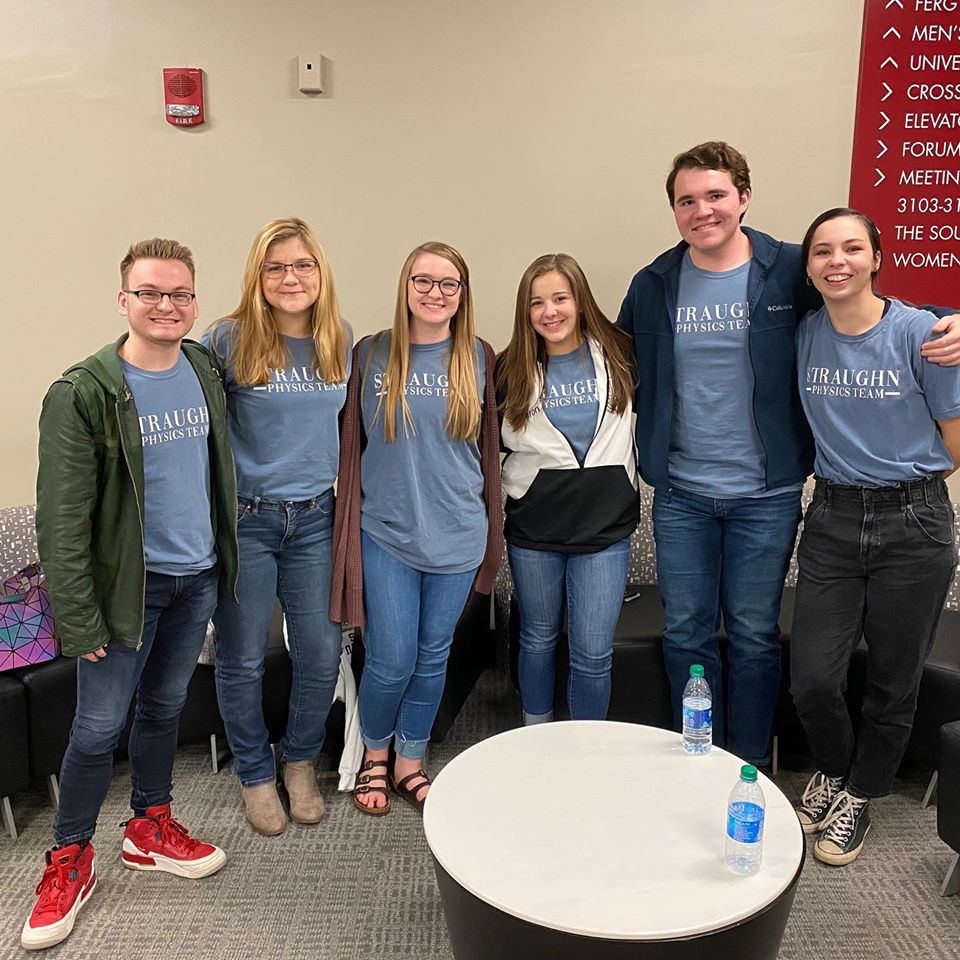 The Straughn High School Physics Team competed in the 44th Annual University of Alabama Physics Competition and walked away with first place in the small schools category.

Sponsor of the team and SHS physics teacher Jordan Woods said she is extremely proud of her students.

“We actually weren’t able to practice after school because all of the kids are involved in extracurricular activities,” Woods said. “So, we had to practice during our 10 minute break time. They honestly did it all and I am so proud of them.”

The students had to study formulas, answer questions and know how to apply the formulas.

“Basically there would be a problem flash on the screen and the students would have to answer it as quickly as they could,” Woods said. “If they answered it within 40 seconds, they would get five points and it would go all the way until two minutes where they could score one point.”

Despite the short meeting times, Woods said she was confident in her students.

“They took it upon themselves to study outside of class and at home,” Woods said. “I was confident they would do well, just because they are so incredibly smart.”

Woods said the students were not expecting to win their category.

“They were very surprised,” Woods said. “But they were so excited. It is really awesome because I was on the physics team when I was at Straughn and now I get to sponsor them and tell them about my time when I was doing it. Hopefully, this will inspire more students to be involved and join the team.”