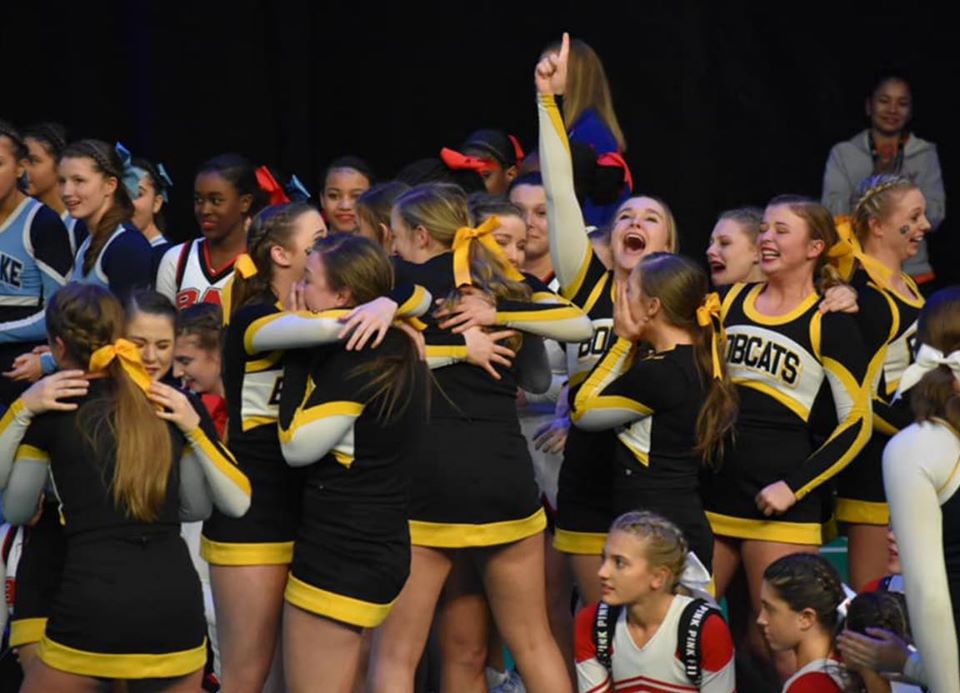 This past weekend, the OHS cheerleaders traveled to Orlando to participate in the 2020 UCA National High School Cheerleading Championship where they placed first in the Gameday Competition and second in the Traditional competition.

Going into the competition, cheer coach Lorrie Harrison said they were focusing on having clean routines in both categories.

“Traditional is a little different,” Harrison said. “As far as the level of difficulty and the material. We really needed to execute there. In Gameday, it is a completely different style of routine. It basically takes a pep rally or a ballgame and puts it into a three-minute routine. The girls had to have the energy level as if one of the teams had made it to the state championship and they were cheering them on.”

The cheer squad has never advanced in the Gameday competition, so Harrison said their goal this year was to at least advance.

“My goal was for us to make it to at least semi-finals,” Harrison said. “When we advanced to finals, I was honestly hoping for at least top five, just because we have never made it that far before. Winning the national championship was just amazing, just because we weren’t even expecting it. We are an itty bitty school compared to the schools in our division.”

For the Traditional competition, the Bobcats placed sixth last year.

“I felt like we could be maybe top five or even top three,” Harrison said. “Our focus was just to make sure that we cleaned up our routine and that we were confident that we executed everything so we could place where we wanted to be. I did expect us to be in the top five for traditional, but I didn’t expect us to come in second.”

Harrison said the girls did not expect the win either after a long day of competing.

“Their faces were priceless,” Harrison said. “We were really just hoping to advance. I mean, we competed five times that day, which is unheard of in the competition. We hadn’t eaten since 11 that morning, it was just an emotional day and we were excited to win.”

The amount of support from the Opp community is something that Harrison said is the most important.

“The amount of support that we have is unreal,” Harrison said. “Not only through our school, but from our different athletic programs and the mayor. As soon as the news came out that we won, the mayor called us and congratulated us, told us how proud she was of us and how proud she was of the way that we represented Opp. People always say that they are so proud that we won, but they also say how well the girls represent the city and I think that is the most important part. Just to know that they are good upstanding girls, that have good reputations and take pride in what they do whether it be in a competition, ball game or classroom, that’s the important part of it all.”