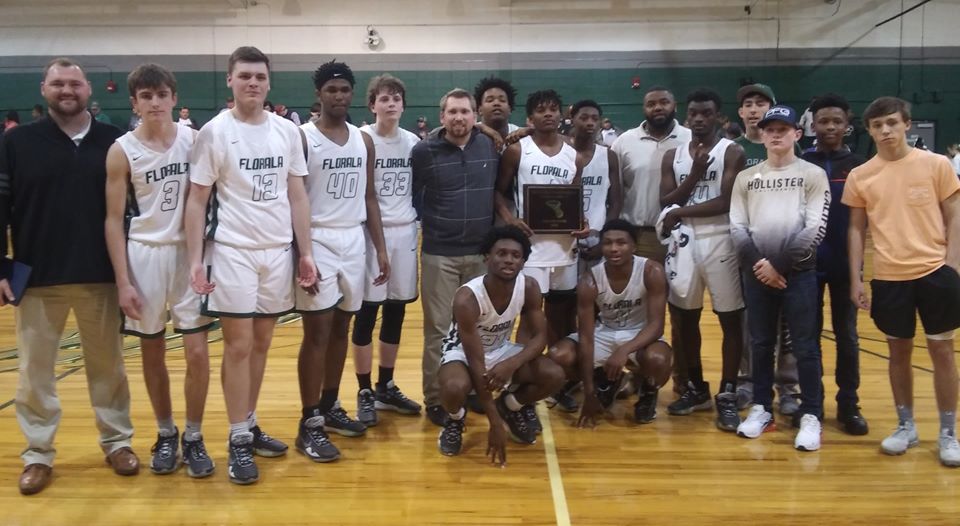 Brantley scored one more point than the Wildcats in the third period, but Florala was still up 35-32.

“We were pretty sluggish,” FHS head coach Troy Turman said. “I think we struggled to hit shots, but it was one of our best defensive games of the year. Probably our best defensive game of the year. We really guarded well and we had a good game plan of trying to shut down a couple of their main players. I think our guys just did an outstanding job playing defense, rebounding and just playing tough. I think that was the difference in the game. We had a couple of plays in the fourth quarter and we just played tough. We didn’t back down.”

“Right now, we are just focused on staying healthy,” Turman said. “There is a lot of sickness going around, so we are trying our best to stay healthy. We are just going to go over our game plan during practice, look at their personnel and put ourselves in the best possible position to win the ball game. We really want a big crowd. We want to use the home court to our advantage. Shields is a really good team. They are athletic, but we feel like it is a good match-up for us. We just need to play well and have our main guys step up for us and rise to the occasion.”

As the Wildcats go deeper into postseason games, Turman believes that their best basketball is still ahead of them.

“I think our players are getting better every day,” Turman said. “We only have one senior on the team, and he is actually out now with an injury, so we are playing with no seniors right now. Our guys are still learning and growing and I think that our best basketball is ahead of us. Even when this season is over, our kids are now starting to figure things out and they are hungry. Florala has not had success like this in a long time and these kids are feeding off of the success. I can just tell they want more of it. They are getting really motivated. To give you an example, with the sickness going around, I bought some masks and told them to not use any of the public restrooms, just the locker restroom and that they need to properly wash their hands. They have just bought into it. They are doing it exactly how I tell them. That just shows me that they really want this. At practice, they have been really attentive and I think they are just figuring out that they have to pay attention to detail to give themselves an edge. I just don’t think we have reached that plateau yet.”