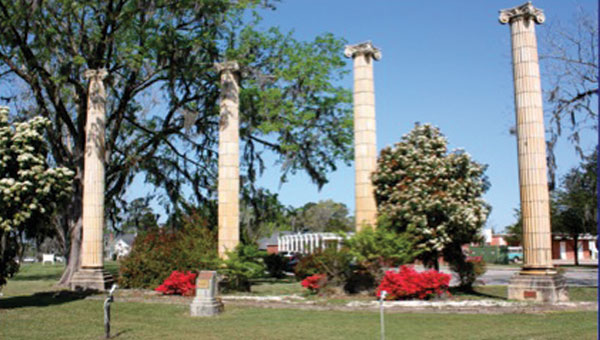 The City of Florala has taken ownership of the several buildings on the Florala Memorial Hospital campus.

Florala mayor Terry Holley said it was long overdue that the city has taken over ownership.

“We don’t know exactly what we are going to do,” Holley said. “There are several things that have got to be taken care of before we do anything with it, but that building is an icon for us. No matter what we do, we want to have something out here for us.”

Last week and this week, Holley said he has set up meetings with potential companies to house the facilities.

“We are looking at a lot of different opportunities,” Holley said. “I have a meeting today [Friday] at 11 a.m., also next Friday I have another group coming in. We are trying to work together to try and get people to come in like an urgent care of some types of doctors. We are also going to be talking with Restore and we appreciate the support that they have been giving us.”

“Dr. Vishwanath is a great physician and he will be my physician probably until I die,” Holley said. “He has been very supportive of everything we try to do to help our citizens out. We think this is a great opportunity for us.”

Everything inside the buildings except the main hospital building is up and ready to use, Holley said.

“It’s like taking a clean sheet of paper from your office nine years ago and looking at it now and it is still clean,” Holley said. “It’s amazing how well kept up the buildings are.”

Holley said the entire project is still a work in progress.

“We are going to make some mistakes,” Holley said. “But at the same time, we are going to do this. We have been trying to do this for a period of time, but we have run into roadblocks right and left. I really appreciate the city council and the things that they have done. We also got some donations that really helped us out to finalize this. Charles Smith donated and he did because he is from Florala and he wants to see Florala grow.”

An estimated 50 employees lost their jobs on Dec. 27, 2013, when they were given a two-hour notice that the hospital was closing.

Previously, owner Dr. Robert Devrnja said the hospital needed to average 13 patients per day in the 28-bed facility to operate; however, occupancy averaged between one and three patients a day.