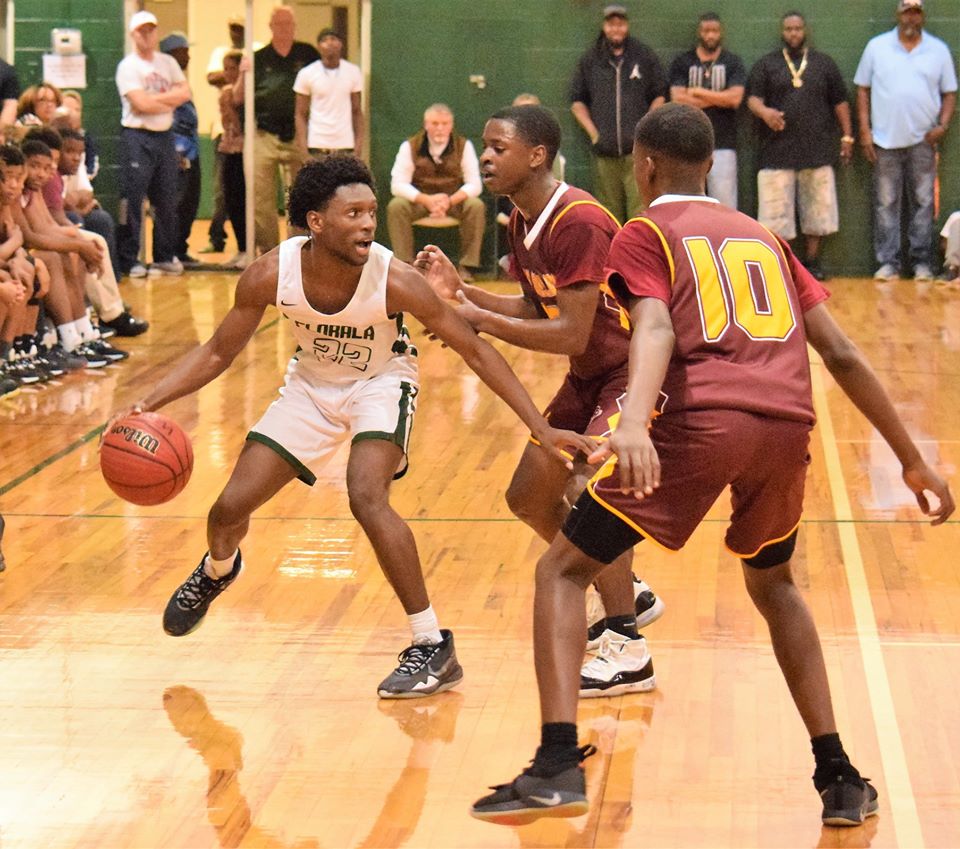 The first period was close as FHS went ahead 13-11.

In the second period, the Wildcats maintained the lead, going into the half ahead 30-24.

Mekhi James opened up the third quarter, followed by a three-pointer by Rashaad Coleman to get the Wildcats ahead 35-26.

With 5:13 left in the third period, a J.F. Shields player was fouled but missed the free throws.

Anthone Stone shot a three-pointer with 4:17 left in the third period to increase the Wildcat lead 38-26.

J.F. Shields answered, but Coleman answered right back with a lay-up to make it 40-28.

Shields then had some energy to bounce back, making a lay-up and knocking down a three-pointer with 1:48 to go in the third period to make it 41-34.

Cleveland Gettis answered for the Wildcats, but J.F. Shields got the last bucket of the period with an and-one, to make it 43-36.

Coleman opened the fourth period with two lay-ups to increase the Wildcat lead 47-36, but J.F. Shields answered with a lay-up.

A Shields player was fouled and he drained both free throws making it a five-point game at 49-44.

With 3:26, James was fouled and he knocked down both free throws to give a little cushion at 51-44.

J.F. Shields did not give up so easily and scored two more lay-ups before Dixon Drakkar had an and-one to make it 56-48, with 2:20 left in the game.

J.F. Shields answered with a three-pointer to cut the lead 56-51.

James hit two free throws to give some breathing room for the Wildcats, but J.F. Shields answered, making it 58-53.

Free throws between the two teams ended the scoring effort at 62-56.

Coleman led the scoring effort for the Wildcats with 32 points and 10 rebounds. James had 12 points.

“I think we did just enough to win the game tonight,” FHS head coach Troy Turman said. “We made the free throws when it counted and made the hustle plays when it counted. We made shots in the first, second and third period, but didn’t really make any in the fourth, but we made free throws. I think we just played with a lot of heart.”

It has been since 2008 since Florala has been to the Regional Tournament.

“We need to get up there and get acclimated to it because the teams that are going to be there have probably already been there before, but that doesn’t matter,” Turman said. “At this point, anything can happen. Whoever we play, we are going to be ready to play.”

With the win tonight, Turman gets his 200th career win as a varsity basketball coach.

“It’s a great memory that I will always cherish,” Turman said. “I feel very blessed and appreciative to all my players over the 11 years as head coach.  They made all the FT’s and layups and they played and won the games on the court. I just enjoyed being a part of it. I’m especially thankful to this current Florala team for the heart, determination, and buy-in that they have played with. They will always hold a special place in my heart.  We believe in them.”

Florala improves to 22-6 overall this season and will face Lanett in Montgomery at 7:30 p.m., Thursday night.