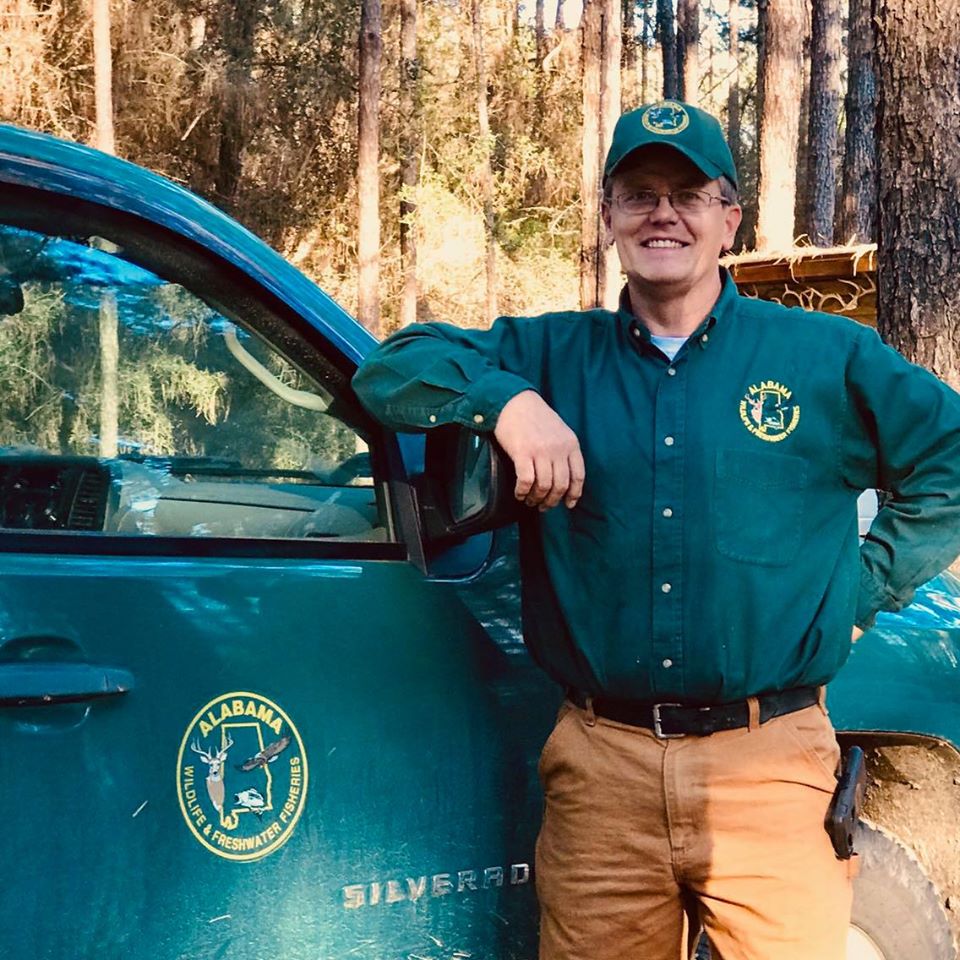 On January 21, Wing local Jason Barrow’s life changed forever after falling 10 feet out of a hunting stand, landing on his crossbow and breaking his back in two places.

“We had just gotten home and he told me that he was going to get his crossbow and go to the back of the property,” Barrow’s wife Nan said. “He got into his tripod stand and when he said he was getting out of the tripod stand, he said he looked back to see where he was going, grabbed the safety rail and it broke loose. He then grabbed the safety rail on the other side and it also broke loose and he landed on his crossbow.”

After their house catching on fire in November, Barrow said they were staying in an R.V. on their property.

“He texted me right away,” N. Barrow said. “He didn’t lose consciousness. I was out to him in about three minutes. I found him and he had already called 911.”

The ambulance took 22 minutes to reach their land in Wing from Crestview, but they could not bring the ambulance exactly to where Barrow was.

“I went ahead and opened all of the gates, because we have horses now and pastures,” N. Barrow said. “The ambulance went to the barn, but they wouldn’t go any further. So, I had to bring the paramedics in on our side-by-side. They got Jason loaded up on the backboard and told me that I was going to have to drive him out. We got to the ambulance, the ambulance brought him up to the road and then he was airlifted to Ft. Walton.”

Once in Ft. Walton, the doctors said they could not fix Barrow.

“They did an MRI and they said they could not fix him,” N. Barrow said. “His doctor called a doctor that he knows in Pensacola, Dr. Christopher Valar, and that doctor said he could fix him. They had him back in the air and transported him to Sacred Heart in Pensacola.”

After a five hour long neurosurgery, Barrow’s T8 vertebrae was burst and replaced with a cage, his spine is fused from his T5 to T10 vertebrae, which is held together by eight inch rods and screws, resulting in incomplete paraplegia. Barrow also sustained injuries including a broken rib and broken sternum.

“He was honestly so lucky that no organs were damaged,” N. Barrow said. “He has really recovered considering he couldn’t even breathe because of the broken ribs and sternum.”

Within nine days of the accident, Barrow was then transported to the Shepherd Center in Atlanta, which is a private, not-for profit hospital in Atlanta, Georgia. Founded in 1975, the 152-bed hospital focuses on the medical treatment, research and rehabilitation for people with spinal cord injury and disease, acquired brain injury, multiple sclerosis, chronic pain and other neuromuscular problem

“Shepherd usually has a waiting list,” N. Barrow said. “But for some reason, they took him right away. It is such a fabulous program. I actually live here at the center right now, because they have apartments for the families that are free of charge. They really keep him busy. They have him doing equine therapy, and he is doing the locomat, which is a robotic treadmill that helps him get back to walking.”

Despite the situation, N. Barrow said they are trying to be positive about the whole situation.

“It is tough on us right now, but we are going to make it, just because that’s who we are,” N. Barrow said. “We know that God has this 100 percent. There is no doubt about it. It is a tough haul, but we are staying very positive about it. We are trying to laugh as much as possible. We are in a really good place and he is going to be a success story.”

Right now, the Barrows’ main need is a wheelchair ramp for when Barrow gets back home, which will cost them $4,000.

Eat healthy without breaking the bank