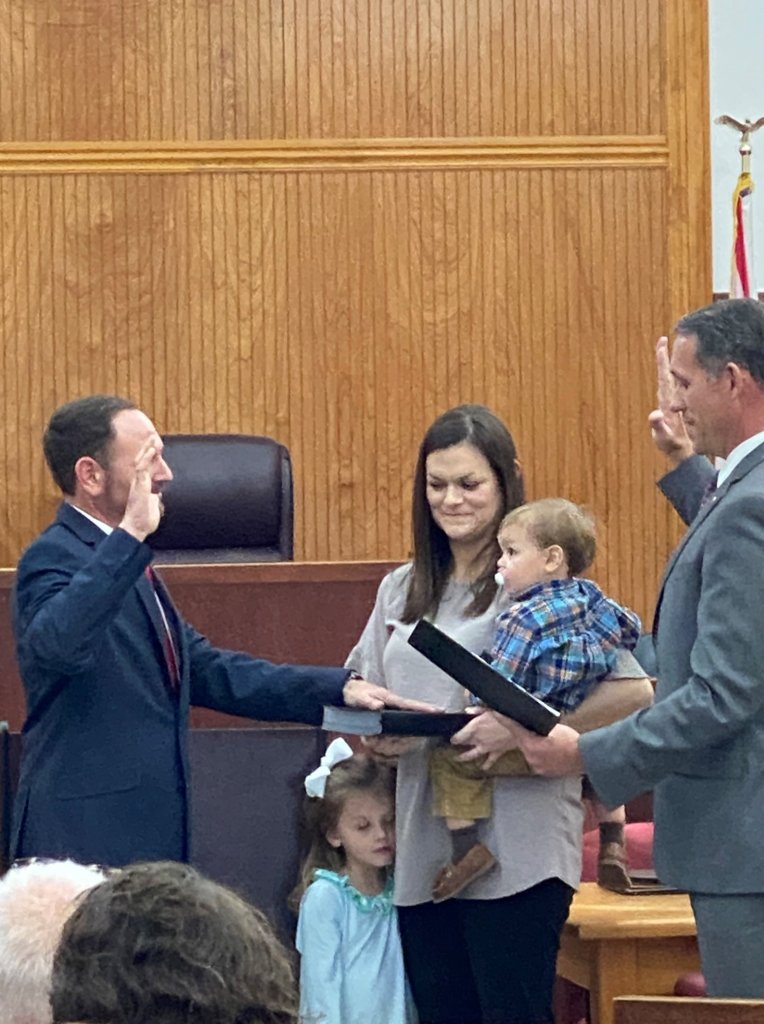 “I am honored to have been appointed to the commission by Gov. Ivey,” Sasser said. “I am humbled by this opportunity, and am looking forward to meeting the citizens of Crenshaw County and being their voice.”

Sasser, who has worked with his family business since he was 8 years old, is currently the assistant administrator for Andalusia Manor, and oversees the plant operations for Sasser Enterprises, which includes Savannah Terrace Assistant Living and Southland Nursing Home in Marion, Alabama. He also owns and operates South Alabama Waste Services.

In his spare time, he operates and manages his family farm, Possum Branch Farms in Brantley, where he is a seventh-generation farmer.  He lives on the family farm with his wife, Lauren, daughter Annaleigh, and son Jep. The Sassers are members of Springhill Baptist Church.

“I look forward to working not only with the citizens of District 4 but with the entire county and its leaders,” Sasser said. “My thoughts and prayers continue to go out to the Charles Bailey family. He was not only my commissioner and neighbor, but he was a friend.”