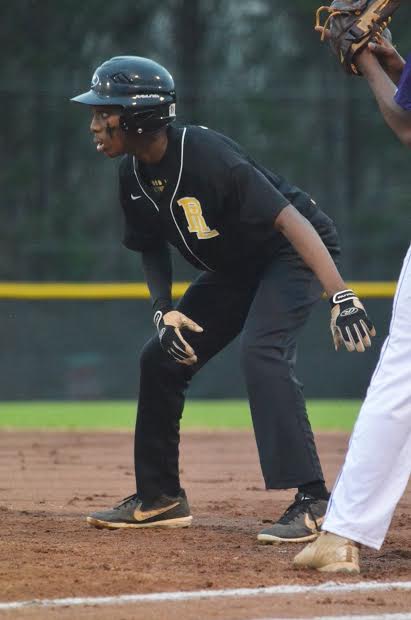 The Red Level High School varsity baseball team came out with the ‘W’ against Pike County on Tuesday, 11-1.

In the first inning, Red Level got their offense started. William Lee drove in one when he singled.

The Tigers pulled away for good with one run in the second inning.

In the second, the Tigers scored one run on a stolen base.

The Tigers scored three runs in the fifth inning. Cody Kelly, Brett Jordan, and William Adams all drove in runs in the frame.

Tucker Livings was the winning pitcher for Red Level. He surrendered one run on two hits over two and a third innings, striking out four. Kade Green threw two and two-thirds innings in relief out of the bullpen.

Thomas Countryman took the loss for Pike County. He lasted one and one-third innings, allowing four hits and three runs.

Kelly went 2-for-4 at the plate to lead Red Level Tigers Varsity in hits.

“I thought the guys played pretty well for it to be their first game,” RLHS head coach Todd Smith said. “They were very intense and in the moment. They played clean, I mean they only had one error in the field the entire game. I think there was just a lot of buzz from being able to play an actual game. Last week got rained out. So, I think the guys were just ready to get on the field and play somebody that wasn’t themselves.”

Smith said this year the team is focusing on the word “family.”

“We are just trying to focus on doing the little thing right and being better men,” Smith said. “We talk about that a lot. Our motto this year is family. We talk about being a family and brotherhood and just doing things right. That is our first goal, to be successful in that.”

With two seniors on the team, Smith said he is looking toward them for some leadership.

“Kade Green and Cody Kelley are the only two seniors we have this year,” Smith said. ‘Kade is pretty much an all-around athlete. He is our go-to guy and he is sort of the guy we look to to be a leader. He has a lot of energy on the field and the guys feed off of that. Cody went 2-4 in the game and had two hits for RBI’s. We are looking for some leadership out of him too.”

One junior that Smith is looking to step up is Tucker Livings.

“He is our starting pitcher,” Smith said. “We are looking for him to have a big year. He hits the ball really well and he had about six or seven strikeouts the other night. One young guy that we are looking to step up is Malikye Wright. His first at-bat was a hit and I think he did a great job out in centerfield and on third base. Overall I’m just excited to see where this season takes us.”

With the win, the Tigers improve to 1-0 and take on Kinston High School this afternoon.