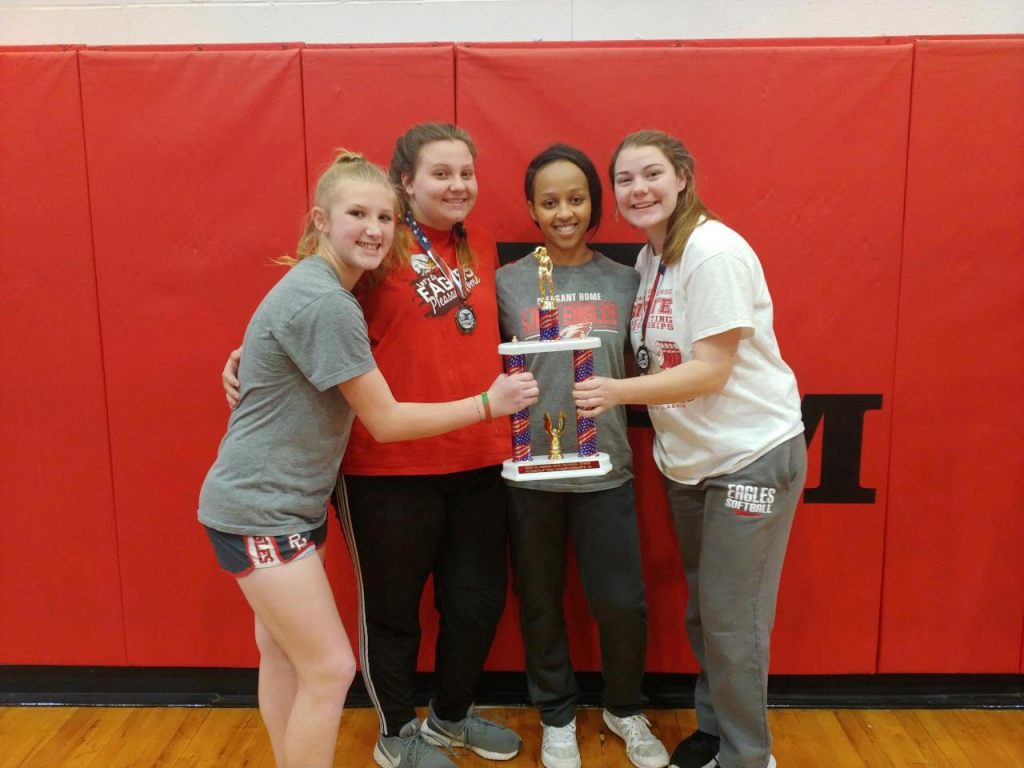 For the fourth year in a row, the Pleasant Home School’s girl’s weightlifting team has won the Alabama High School Powerlifting State Championship.

On Saturday, the team traveled to T.R. Miller High School to compete against 200 other lifters from 1A-7A high schools.

In August 2019, PHS coach Ron Yates had a massive surgery and made a promise to himself that he would take the team to state again this year.

“This one was important to me,” Yates said. “I had my surgery and I promised myself that I would take my team to the state championship again. This year it was tough because there was a big turnout. There were about 200 kids.”

Yates said his team represented Pleasant Home and Covington County as best as they could.

“Even though we don’t have a lot of girls, we managed to come out on top,” Yates said. “I think they did a great job representing their school. They were so excited to win, but I still don’t think they understand how big of a deal it is for a small 1A school to go compete against these huge 7A schools. I think Marbury brought 65 girls and we only have four.”

Yates goal for next year is to increase the number of boys he has on the squad.

“I do want a larger boys team because we only had two this year,” Yates said. “They moved the tournament back this year and it conflicted with other sports, so I think next year I’ll start a little earlier and get more boys to compete.”