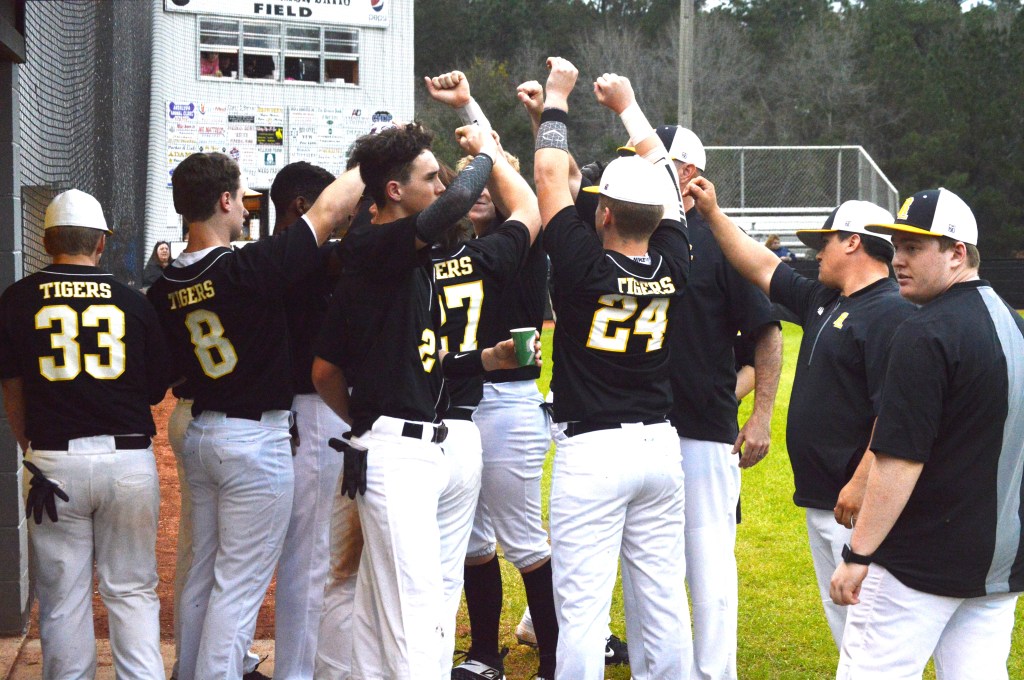 The Red Level High School varsity baseball team was victorious over Goshen, 8-5, after taking the lead in the third inning on Tuesday in Red Level.

The Tigers captured the lead in the second inning.

Kennith Huckabaa drove in one when he singled.

Red Level took the lead for good with four runs in the third inning.

Tucker Livings was the winning pitcher for the Tigers. He lasted seven innings, allowing eight hits and five runs while striking out eight.

M. Stanley took the loss for Goshen. He allowed three hits and three runs over two innings, striking out one and walking one.

Kade Green went 3-for-4 at the plate to lead the Tigers in hits.

With the win, the Tigers are now 3-0 on the season.