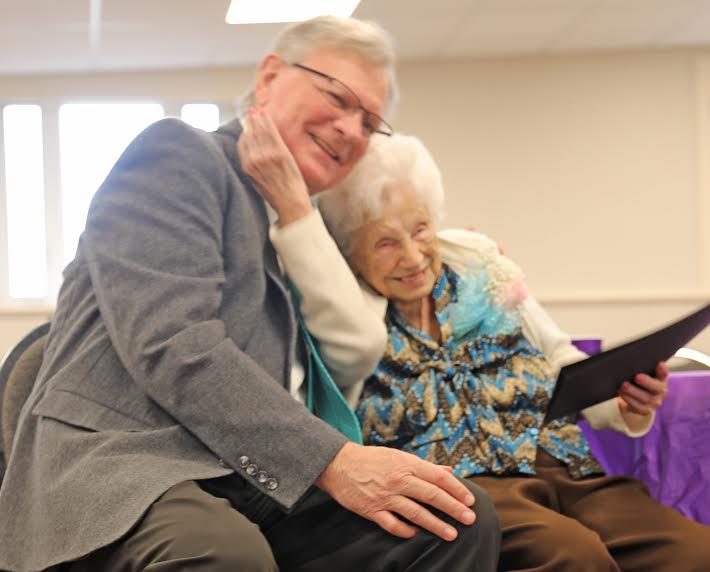 Mayor Earl Johnson presented a resolution to Helen Hess on the occasion of her 105th birthday on Wednesday when she was honored with a party at First United Methodist Church. Mrs. Hess, who is affectionately called “Hugging Helen” by her fellow church members, responded to the resolution by – you guessed it – giving the mayor a hug. Mrs. Hess was born in rural Iowa in 1915, and thinks her earliest memory is from age 3. Mrs. Hess moved all over the world with her late husband, Lt. Col. Glenn Hess, in his service to the country as part of the Army of Occupation in post-World War II Germany, and in Washington, D.C., Newport, R.I., Norfolk, Va., Ft. Belvoir, Va., and Huntsville, Ala. She retired to Andalusia after her husband’s death, and has been a faithful member of First United Methodist Church, and especially active in its prayer shawl ministry. She said one of the keys to a long and healthy life is to keep busy and keep moving. 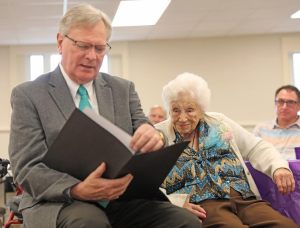