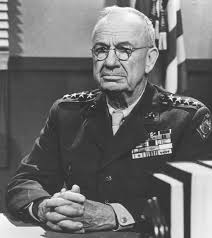 “[On Tarawa….As I stepped ashore….I passed boys who had lived yesterday a thousand times and looked older than their fathers. Dirty, unshaven, with gaunt, almost sightless eyes , they had survived the ordeal but it had chilled their souls. There were no smiles on their ancient, youthful faces; only passive relief among the dead”.  Holland M Smith, Lt. Gen.USMC

In a previous article describing the horrific battle for Iwo Jima, we noted that Task Force 56 [the Expeditionary Invasion Force] was commanded by Lt. Gen. Holland M Smith, USMC.

Holland McTyeire Smith was the legendary commander  of most of the Pacific battles when the Marines were the lead invasion force.

Holland Smith was a true son of Alabama. He was born on Apr 20, 1882, in Seale, AL. in Russell County. His parents were John V Smith and Cornelia C  McTyeire. He graduated with a Bachelor of Science degree from Auburn University [then known as Alabama Polytechnic Institute] in 1901. Having decided on a military career, he joined the Alabama National Guard and became a first sergeant of a cavalry company. While in the guard, he attended the University of Alabama and received his Bachelor of Laws degree in 1903. After graduation, he sought a commission in the Army. None were open so he got commissioned as a 2nd Lt. in the Marine Corps. After completing the Marine Corps School of Application in 1906, Smith was assigned to the 1st Marine Brigade in an expeditionary force that was sent to the Philippines. He returned in 1908 and served in several other expeditionary forces including one in Panama. He joined the Fleet Marine Force aboard the USS Galveston in 1914 as Commander of the Marine Detachment, and engaged in action in the Dominican Republic. In 1917, he sailed for France to take part in WW I. As Commander of the 8th Machine Gun Company, 5th Marines, Smith received the French Croix de Guerre for his actions at Belleau Wood.

After WW I was over, Smith served ashore in several billets including study at the Naval War College in Newport, RI; service with the expeditionary force in Haiti; Chief of Staff of the 1st Marine Brigade at Quantico, Va; and Post Quartermaster of the Marine Barracks, Philadelphia Navy Yard. In 1931, Smith was assigned as aide to the Commander and Force Marine Officer aboard the USS California. In 1933, he was given command of the Marine Barracks at the Washington Navy yard and served there until 1935. He then became Chief of Staff, Department of the Pacific at San Francisco. His most important command came in 1937 when he became Director the Division of Operations and Training at the Marine Corps Headquarters in Quantico. During most of his commands, Smith was directly involved in developing the doctrine of amphibious warfare. One key operational problem he faced was the lack of cooperation by the Navy Department. Quoting Smith, “In 1939, when I was given command of the 1st Marine Brigade in the Caribbean, I concentrated on the amphibious aspect of training because it was obvious war was coming and therefore imperative that the Marines be ready. However, it was not simply a question of training men. Equally important were the development of equipment and weapons for use in amphibious warfare and the task of bludgeoning Washington into providing money and materiel.”

Smith continues, “The ramp boat was typical. In China, the Japanese had been using ramp boats along the coast and up the shallow creeks for years. We did not possess a single boat of this type. Yet without it, the Marines never could have landed on a Japanese island and the Army would have been crippled in Europe. To get the boat, we went straight to the builder, Andrew Higgins, discussed plans with him and he built the ramp boat while the Bureau of Ships was still dazed by the temerity of our suggestion”.

In fact, the battle to get the ramp boat was even more difficult than “just getting Higgins to build the boat from our plans”. Higgins built the boat, shipped it to the Chesapeake Bay at his own cost, and beat the other boats the Navy Department’s had at the sea trials.

Smith’s private war with the Navy Department to procure weapons and equipment was finally able to bear fruit because of the increasing fears produced by the Nazi terror in Europe.

Smith ‘s penchant for planning and preparedness is born out in his quote, “If the Battle of Waterloo was won on the playing fields at Eton, the Japanese bases in the Pacific were captured on the beaches of the Caribbean, where the problems involved were worked out in Marine maneuvers.”

Smith was given command of the 1st Marine Brigade at Quantico in 1940, and they trained at Guantanamo Bay, Cuba.  In 1941, they became the 1st Marine Division  and Holland Smith became its first commander.

In Aug 1942, Smith was detached and sent to San Diego to take command of the Amphibious Corps, Pacific Fleet. Under his training and indoctrination, the 2nd and 3rd Marine Divisions, along with the Army’s 7th Division, were sent to the Aleutian Islands in the campaign against the Japanese.

In 1943,  the Amphibious Corps, Pacific Fleet was redesignated “V Amphibious Corps” and sent to Pearl Harbor with Gen. Smith as Commander. They immediately began planning for the Gilbert Islands campaign. All Marine Corps participation in the invasions up and until 1944, was done with Smith’s planning and input.

Finally, in Aug. 1944 Holland Smith became Commanding General of the Fleet Marine Force, Pacific. Under that command, he also became Commander, Task Force 56, the invasion force for the Battle of Iwo Jima. During a prior invasion force that captured the island of Saipan, Gen. Holland Smith , who was the Expedition Force commander, had fired Army Gen. Ralph Smith because of what he perceived as Ralph Smith’s lack of effort in advancing the Army troops as fast as the Marines. The animosity within the Army,  generated by Ralph Smith’s firing, caused the Pacific Commander in Chief, Adm. Chester Nimitz to reassign Gen Holland Smith to a training post at Camp Pendleton, Ca. in July 1945. In his place Nimitz chose Army Gen. Simon Bolivar Buckner, Jr to command the invasion force at Okinawa. Ironically, Marine Gen. Roy Geiger replaced Buckner as Commander of the 10th Army in June 1945 when Gen. Buckner was killed in action on Okinawa.

Gen. Holland Smith retired from the Marine Corps in May 1946, at the age of 64. Upon his retirement, he was promoted to full  General [5 Star], a rank that put him in the company of other great  WW II leaders,  such as  Adm. Chester Nimitz, Gen. Douglas McArthur and Gen. Dwight Eisenhower.

In discussing his time at Auburn, he said that after leaving Seale High School, “ I was now 16 and the old school at Seale had nothing more to offer. I entered Alabama Polytechnic Institute as a sophomore. The Institute was a military school at Auburn in Lee County….Everything military about the place offended me and the fact that I barely graduated is a pretty good indication of my interest in the preponderantly military side. But I loved my Alma Mater.

However, two extra-curricular activities justified my 3 years at Auburn. I became a good sprinter and student of Napoleon. It was purely by accident that I discovered I could sprint. ….one night I was on unauthorized liberty when I was detected by a group of seniors. I was chased back to college and was able to outrun them back to the college. One of the upperclassmen chasing me was the 100 yard champion. When I told my fraternity brothers at the Alpha Tau Omega house about it, they ordered me to go out for track. …..I did quite well and later at the University of Alabama, I lost only one race in two years. At one meet, I won the 100, 220, 440 yard dashes and the mile. Not a bad record for a single day.

While my grades were not very high at Auburn, I did well in History. Before I went to Auburn, I had fallen under the spell of Napoleon. …At Auburn, the college had an excellent library and I read everything I could find on Napoleon, often to the detriment of my other studies.

While at Auburn, the most momentous decision of my life was made. …Shortly after I entered Auburn, I was offered a designation to take the exam for entrance to the Naval Academy. When my Congressman,  Henry D Clayton offered me the designation, I was delighted. I only learned later why it was offered. My father was a prominent man and there was talk of his running for Congress against Clayton. The Congressman got wind of this and awarded me the designation to the Naval Academy, as a discreet bribe against my father’s possible opposition. I never accepted the designation nor sat for the exams because my father and mother would not hear of it.

Destiny hangs by a thread. Instead of joining the Navy, I eventually became a Marine”.

Gen. Holland M Smith died at the US Naval Hospital at San Diego on Jan 12, 1967 at the age of 84. Funeral services were held at the Marine Corps Recruit Depot Chapel on Jan 14 and he was buried with full military honors at Fort Rosecrans National Cemetery. At the time of his death, Gen. Smith was survived  by a son, Rear Admiral John V Smith. Gen. Smith’s wife, the former Ada B Wilkinson had died in 1962.

“Howlin’ Mad Smith had always stood up for his Marines. Since WW I he had fought to win for the Marines, equal participation with other branches of the service. It was a battle to obtain support for the revolutionary methods of amphibious invasion that he had helped develop for the Marines.” [from the forward to Gen. Smith’s book, “Coral and Brass”]

This final quote from Gen. Smith expresses, at the same time, both his love for his Marines and the optimistic bravado that made him one of America’s greatest leaders of men:

“Given adequate naval and air support, they [the Marines] could go ashore on any beach and take any objective. I could have landed them in the mouth of Hell if the Joint Chiefs of Staff had picked that target. [Iwo Jima was a fair substitute]”