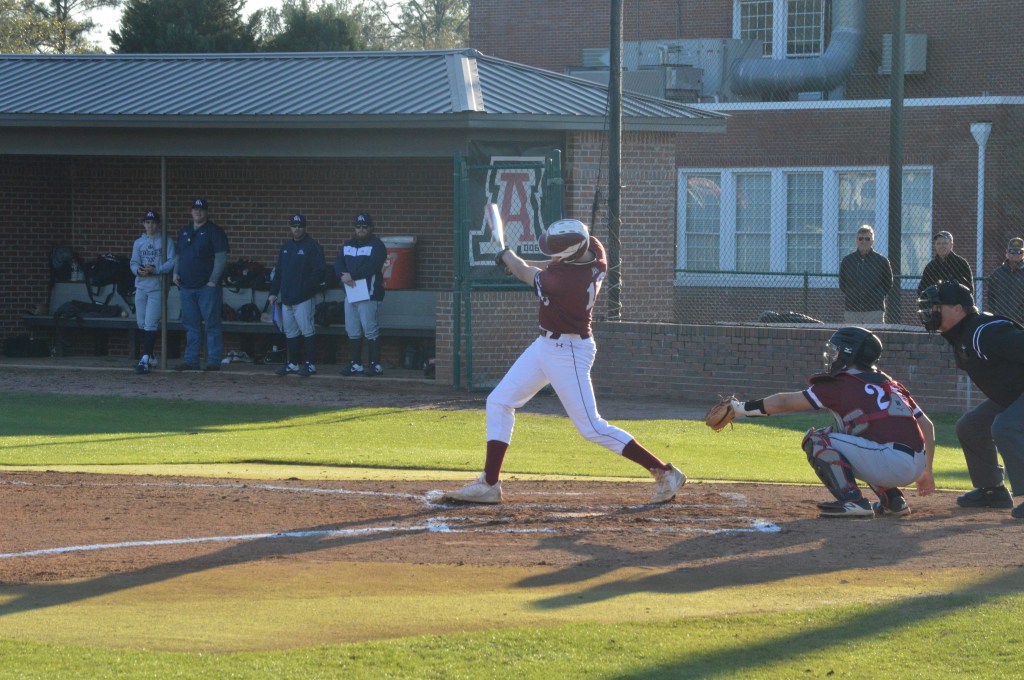 Parker Hughes, William Roberson, and Coleman Ellis all drove in runs in the frame.

Trinity Presbyterian fired up the offense in the first inning. Grayson Ashe drove in one when he singled.

The Bulldogs pulled away for good with five runs in the third inning.

Noah Whiddon earned the win for the Bulldogs on the mound. He went four innings, allowing one run on three hits, striking out one and walking one. Brandon Langley threw one inning in relief out of the bullpen.

Ben Easterling was on the pitcher’s mound for Trinity Presbyterian. He surrendered five runs on six hits over two and two-thirds innings, striking out two. Carter Clark threw three and a third innings out of the bullpen.

Chip Morgan started the game for AHS on the mound. He surrendered four runs on four hits over two innings, striking out three

The Bulldogs collected ten hits on the day. Wilson, Morgan, and Russell all collected multiple hits for Andalusia Bulldogs Varsity. Russell, Morgan, and Wilson each collected two hits to lead the hitting effort for AHS.

With the win, the Bulldogs improve to 7-2 and will play against Monroe County today.