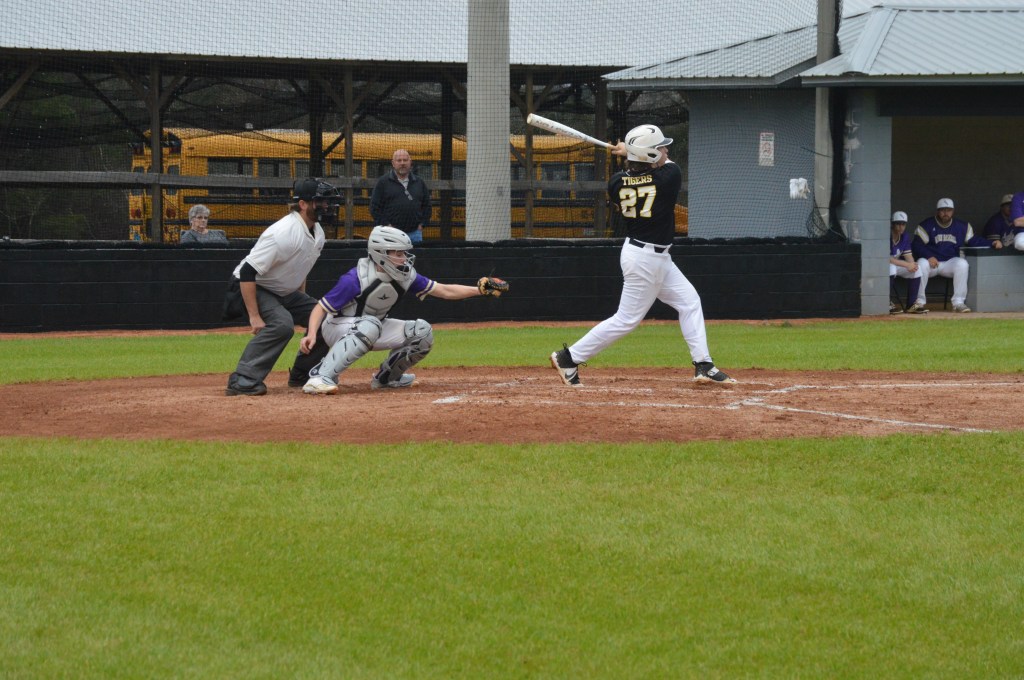 The Tigers secured the victory thanks to 16 runs in the first inning. Kade Green, Tucker Livings, Kennith Huckabaa, James Jeter, Adams, and Livings each drove in runs during the inning.

RLHS got things moving in the first inning. Green tripled on a 3-2 count, scoring one run.

Livings was the winning pitcher for the Tigers. He surrendered zero runs on one hit over two innings, striking out six and walking zero. Brett Jordan threw three innings in relief out of the bullpen.

S Ortega took the loss for Georgiana. He went two-thirds of an inning, allowing nine runs on two hits and striking out one.

The Tigers had 12 hits in the game. Adams and Jordan each had multiple hits for Red Level. Adams went 4-for-4 at the plate to lead Red Level Tigers Varsity in hits. Adams led RLHS with three stolen bases, as they ran wild on the base paths with ten stolen bases.

With the win, RLHS improves to 5-2 and plays Georgiana again on Thursday.

Tigers roar from 9 down to outlast Flying Squadron