How will the Census impact Alabama? 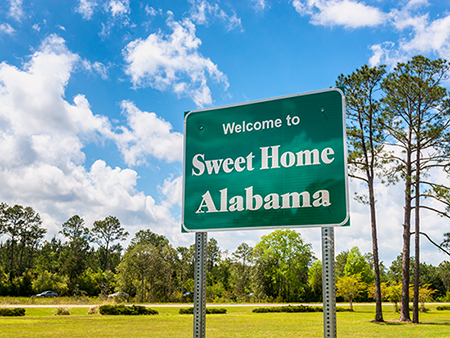 Welcome to Sweet Home Alabama Road Sign along Interstate 10 in Robertsdale, Alabama USA, near the State Border with Florida.

BIRMINGHAM, Ala. — In the wake of the global pandemic, COVID-19, which is affecting every state, Alabama is facing a unique challenge in getting its residents to fill out the 2020 Census.

“Because we’re in a rural state, in some areas, people lack adequate internet access, and Census takers generally have a hard time following up with people who live in those rural areas,” said Peter Jones, Ph.D., assistant professor in the University of Alabama at Birmingham’s College of Arts and Sciences Department of Political Science and Public Administration.

But in many cases, those are the individuals the state of Alabama needs to count because they are eligible for — and need the services provided by — federal funding.

Jones says it is important to note that federal funding does not just support low-income individuals.

“The federal government funds programs that provide assistance for all kinds of Americans,” Jones said. “For example, farmers receive subsidies to help reduce the risks they face with inclement weather or changes in crop demand, and veterans are eligible for a range of federal assistance. And for the people in Alabama who don’t receive federal assistance, the money spent through federal programs generates economic activity for the state.”

According to the United States Census Bureau, once a decade, America collectively counts every resident in the United States, developing national awareness of the importance of the Census and its value to each citizen.

“In 2010, Alabama had 72 percent of people fill out the Census,” Jones said. “The national average was 74 percent. If we continue to lag behind, Alabamians will be undercounted in 2020.”

Jones says distribution of federal funds through funding formulas is also a big issue for Alabama.

“Alabama’s Census count will help determine the state’s share of federal aid, and those federal dollars are crucial to the economic health of Alabama,” Jones said. “Over one-third of Alabama’s state budget is funded with transfers from the federal government. In 2017, Alabama received over $10 billion in federal aid. And federal aid tends to be a good deal for Alabamians, as Alabama ranks as one of the most federally dependent states, meaning we pay far less in federal taxes per capita than we receive in federal aid per capita.”

Much of economic and social science research relies on Census-related data. Jones says, to understand how we fund education, for example, we need data about who lives in a school district or county since observable characteristics about our population — race, gender, age and income — are related to our tax preferences.

Ultimately, the 2020 Census will be a snapshot taken by the federal government; therefore, the federal Census data can act as a check on local and state data.

Your response matters. To learn more about how you can participate in the upcoming 2020 Census, visit 2020census.gov.