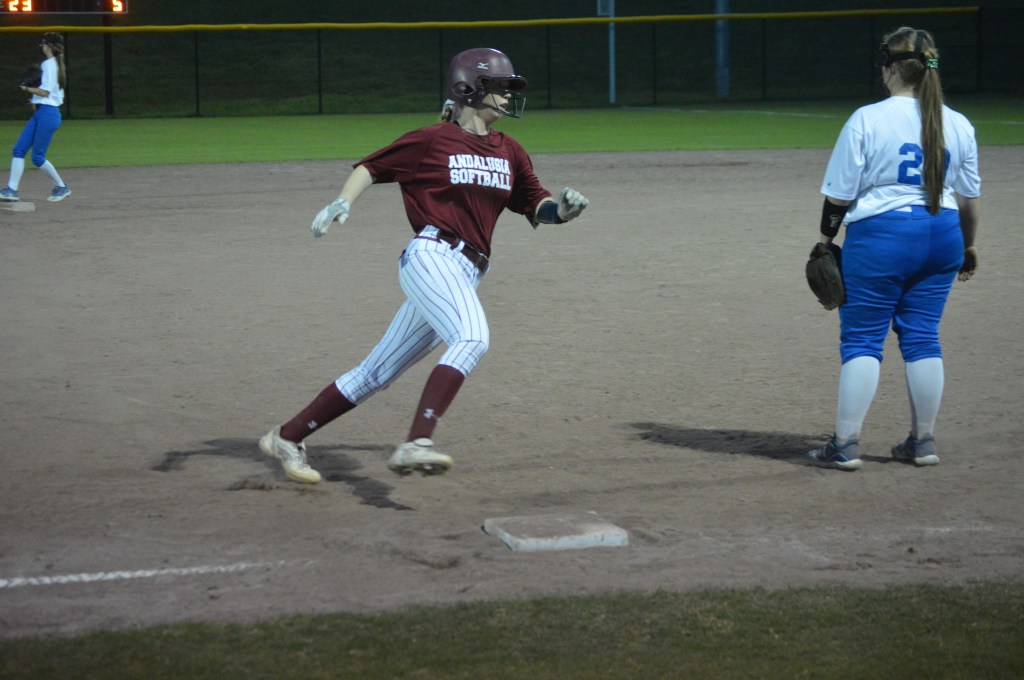 Highland Home scored in the first inning to take the lead, but it did not last long.

Chloe Mikel sacrificed flied for M. Furr to tie the game up at 1.

Raygen Clarke then hit a single to center field for Furr to come around the bases again for the Lady Bulldogs to take the lead 2-1.

In the big second inning, Alana Wheeler walked to first then Sydney Ray hit a single on a ground ball.

Furr then singles on a fly ball to right field, Wheeler scores and Ray advanced to third for the Bulldogs to go up 3-1.

Mikel then singles on a ground ball, Ray scores and Furr advanced to third base to make it 4-1.

The Lady Bulldogs increased their lead after a double by Sydney Arnett, making it 5-1.

Clarke singled on a line drive to center field to bring in two runners increasing the lead 7-1.

The bats kept swinging in the second inning as Wheeler singled on a ground ball bringing in two.

Ray was back up to bat when she doubled on a ground ball to center field, bringing in one, making it 10-1.

Furr then singled on a fly ball and Burkett crossed the plate.

Ray scored stealing home to end the bottom of the second inning up 12-1.

At the top of the third inning, Arnett struck out three straight, then went up to bat and hit a home run to increase the lead 13-1.

In the bottom of the third, Ray singled on a ground ball to bring in Maddie O’Connor.

Mikel then singled to bring in Burkett to end the game 16-1.

The Lady Bulldogs ended their season 16-4-1.