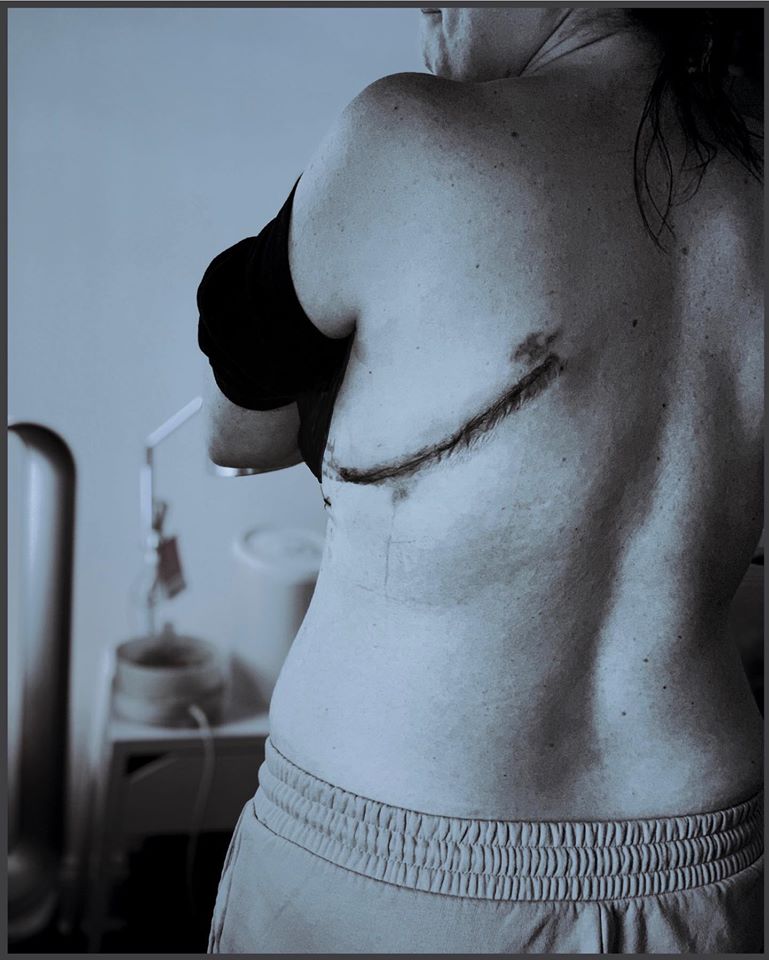 Now, she is completely in quarantine because of COVID-19 and spreading the word for people to stay inside for the sake of people who are vulnerable to the virus.

“In December, I noticed that I started having a shortness of breath,” Boan said. “At first they told me that I was having an asthma attack. I decided to go to another clinic and the nurse practitioner listened to my breathing for a lot longer than the other place did and I could immediately tell from her facial expression that something was wrong.”

After getting a chest x-ray, Boan was told that she had a collapsed lung.

“The nurse practitioner came back and told me that I had a collapsed lung and that I needed to go to the emergency room immediately,” Boan said. “I was admitted to the hospital and they told me that I wouldn’t be able to go home that night, that they were going to try and reflate my lung and then figure out what the problem was. They actually couldn’t get it inflated again and nobody would really tell me what was going on.”

After having a CT scan, the assistant chair of thoracic surgery showed up to Boan’s room and told her that she had a rare form of cancer on her lung called neuroendocrine carcinoid.

“He actually walked me over to the nurse’s station and pulled up my CT scans and walked me through it,” Boan said. “The next thing was a biopsy and a PET scan. Based on the PET scan, it had not spread through my body yet. In the beginning, the doctor only thought that he would have to take out some of my bronchiole tubes and not the whole lung, but that wasn’t the case when he finished.”

Now, two weeks after having a lung removed, Boan is faced with having to quarantine herself in New York because of COVID-19.

“I feel like my right lung has had to overcompensate for a long time because I’m actually breathing pretty well for the most part,” Boan said. “When I was in the hospital, the coronavirus was still becoming a pretty big thing, but it still felt pretty isolated. They were telling me that as long as no one has a fever or a cough, they could come to visit me. So, I didn’t really think about it that much until I was sitting in the hospital and one of the nurses said she didn’t know what they were going to do. My doctor just told me that he wanted to get me out of there as soon as possible because it would be more likely for me to get the virus at the hospital than it would for me to get it at home.”

At home in her apartment, Boan said the concern that she has about the virus is two-fold.

“There’s a concern that I have for me emotionally and also physically,” Boan said. “People were supposed to come and be with me and help me recover after the surgery, but now can’t because they don’t want to bring it in and infect me, considering they would have all had to fly here to be with me. It’s hard for me because I have to manage being without anybody. I have to make sure to communicate with friends and Facetime because I’m essentially sitting in this apartment with just my dogs. I think that moves things over to the physical side too because it is easy to just sit on the couch, but making yourself get up and walk on the treadmill when you really just don’t feel like it is hard.”

Boan said it is important for people to stay inside because some people can be a carrier for the virus and unknowingly spread it.

“Especially if you are a young person, you can get the virus and not even know you have it,” Boan said. “You can have no symptoms and just spread it unknowingly. If you go outside, you could pick it up from somebody like that and bring it back home. You may have a sore throat or a cough, but your symptoms are not going to be as severe as somebody who is compromised. My doctors told me that if I get this virus, it is not going to be good. The purpose of speaking out about this is not to shame anybody, because I know we all need to do what we need to do, but what if it’s their grandparent or someone like me, who didn’t know I was compromised two months ago. My friends would be devastated if it was their fault.”