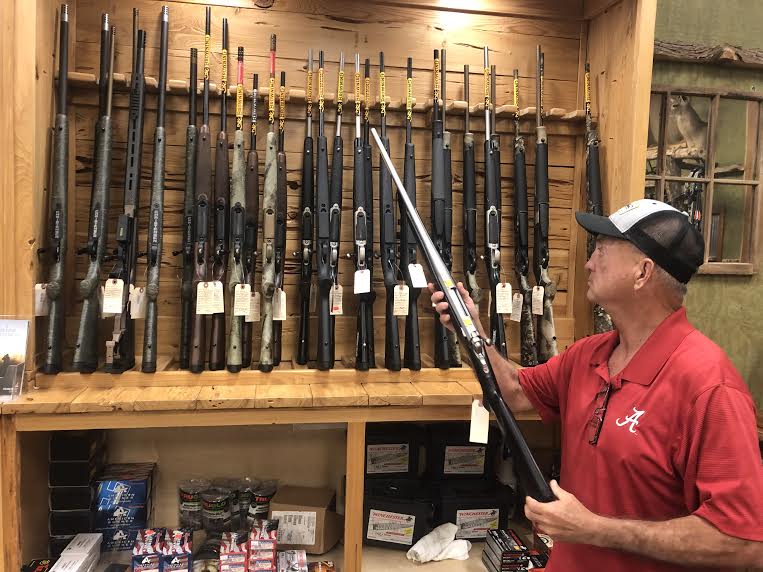 As the coronavirus concerns continue to grow, people continue to head to gun stores as gun sales seem to increase.

Both guns and ammunition are on the rise, but one thing that King has not seen before is a delay on the purchase.

“I actually spoke with John McNamara with the National Shooting Sports Foundation and we have never seen before where someone would be delayed for more than three days,” King said. “Last week we were seeing delays where people were getting delayed until at least April 8. This week we have delays until April 12. All of this is through the FBI’s NICS system. There really is no known reason for it. The theory is that the FBI is trying to slow the flow of guns to the American people. People that have been in the industry a lot longer than I have, those are the words that they use.”

While Fletcher’s Outdoors and Cenergy have been deemed as an essential workforce during the pandemic, King said he and his staff are working hard to keep everything clean.

“We are making sure to have proper housekeeping skills,” King said. “All employees have hand sanitizers while they are checking people out and handling money, we have hand sanitizer dispensers all around the store and we think it is a big deal to wipe down the beverage door handles, gas nozzles and push and pull handles. Since our stores were deemed essential, we have furloughed some employees and have them for backup just in case some of our current employees get sick and have to quarantine themselves.”

Cenergy gas stations are directly in the line of beach traffic and King believes that is going to be the way COVID-19 is going to infiltrate the county.

“Beach traffic is kind of how it is going to spider web out,” King said. “I honestly don’t think I am that worried about it, because how much of your life can it dictate?”

Exact numbers from the FBI’s National Instant Criminal Background Check System won’t be available for at least another week, but there are potentially hundreds of thousands of new gun owners, according to the National Shooting Sports Foundation.

Student won’t return to classroom, but learning will continue…