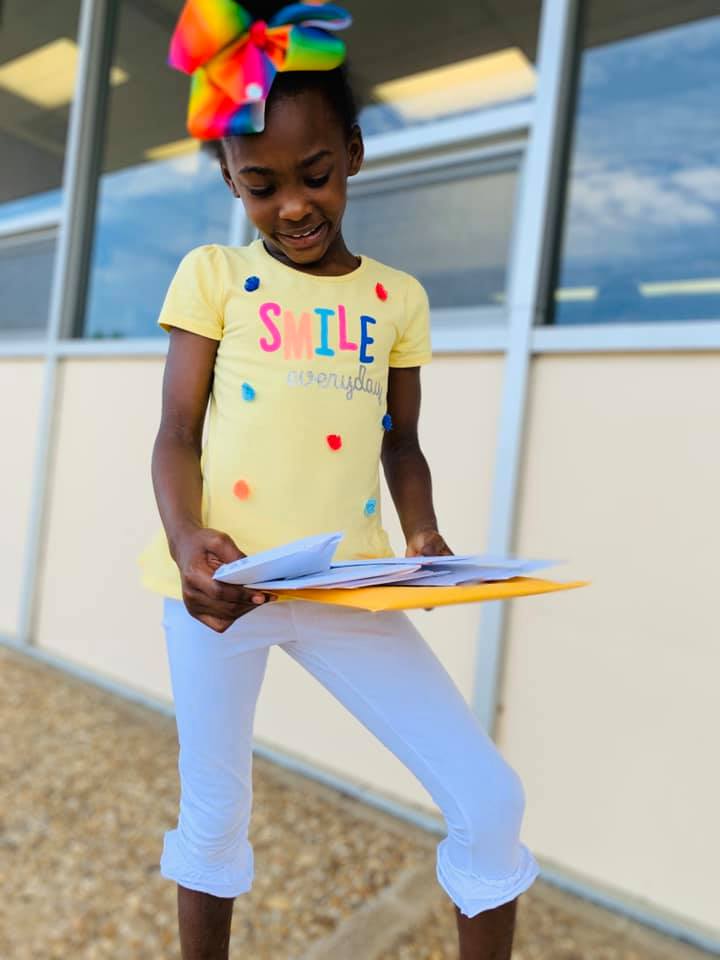 A local mother-daughter duo teamed up to spread some extra cheer during this tumultuous time. Tanisha Mathews and her daughter Ma’Kayla Mathews decided they would get crafty and spread some joy. They did this by acting on an idea to make special cards to give out to family members.

“This activity was a bonding activity for Ma’Kayla and I and the goal was to  brighten others’ day,” Mathews said. “We decided to write letters, draw pictures, and include a scripture with each card we sent out. It was rewarding for us because we got to take our mind off of the negative for a little with hopes of doing the same for the people we mailed them to. The idea just really came to me when thinking of things we could do together to reach others that we can’t see at this time.

“We sent nine letters to households. And also one that included pictures for my sister who’s in basic training for the Air Force,” she said.

It is important that locals keep their spirits up and try to stay positive during this time. The coronavirus has affected so many people in so many ways. When asking Tanisha how it has affected her she kept positive.

“It has helped me because I’m not working and I’m making so many new memories with Ma’Kayla. I’ve been trying to stay positive and showing her different ways to make an impact on other people. We also hand delivered small gifts to her teacher and a friend from her class at their home,” Mathews said.

“It has hurt me because we were looking forward to kindergarten ‘cap and gown.’ That’s something she won’t get to experience. So many school activities that had to be cancelled. And also, I’m  a teacher at Andalusia Early Head start and I’m really missing my babies, coworkers, and all the families there,” Mathews said.