Opp native living in the epicenter of COVID-19 in U.S. 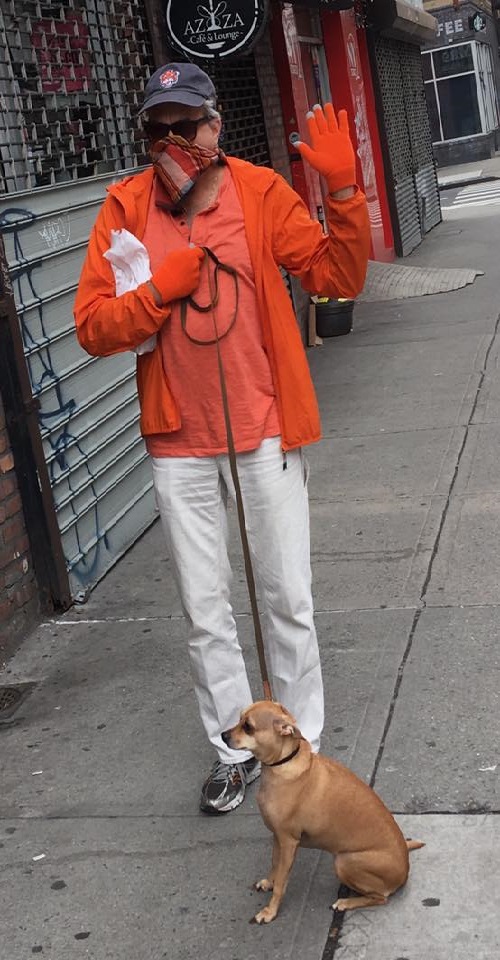 Sean Sellers, who grew up in Opp, knew he wanted to live in New York City when he visited there on an excursion with Dorothy Rainer Sellars, his dance teacher. Now, for more than 29 years he’s called it home.

“I love being from Opp; however, I have lived in NYC for over 29 years now, longer than anywhere,” Sellers said. “I’ve been in the East Village for over 20.”

Right now, his city is America’s epicenter for a pandemic sweeping across the world and Sellers’ life turned upside down because of it. So, what is it like to live in the place that grabs the headlines in pandemic updates?

“I am just keeping to myself,” Sellers said. “Having a dog I have to go out on a regular basis; I guess that is my routine.”

While people are working from home, that’s not an option for Sellers, who works as a tour guide showing visitors around the city. It is something he’s done since 9/11 hit and caused him to change careers.

“I can’t work from home, not the nature of my job,” he said. “My reality is very uncertain because my industry has been decimated. The cruise ships were one of the first to experience infections and about 30 percent of my business is conducting excursions of NYC for visitors from cruise ships.”

Student tours are a large part of Sellers business.

“My biggest business is student tourism,” he said. “I work with about 1,600 kids each year between February to the end of June. I fear that this will not recover this year.”

Because he is his employer, Sellers said getting unemployment help is proving challenging.

“I am an independent contractor and I’m trying fruitlessly to acquire unemployment because the system is not handling the volume of people filing at this time.”

Facing the reality of a new reality is a daily practice.

“I’m trying to keep a positive headspace,” Sellers said. “When I begin to spiral, I have to stop and say to myself, ‘there is nothing I can do right now.’”

“I have no sense of time,” he said. “It was around March 12 when it was officially announced that Broadway was going dark until April 13.

Now Broadway is going to be dark until June 7.

“My first student group was supposed to arrive on March 13 so I had been lying low for two weeks because I was reserving my energy as I was supposed to have five groups back-to-back from March 14 through April 3.

“That is what I was mentally preparing for. So basically I am, I guess, in day 45 of sheltering in place.”

He found comfort knowing his area was not one of the hot zones for the virus.

“I think the first information that gave me some peace of mind was when they published a color-coded map of neighborhoods and my location was in the lightest volume of detected virus,” he said. “Plus I live in an apartment building with approximately 80 units and so far no evidence that anyone is infected.”

As he spends his days in his 12-by-14 foot studio apartment, Sellers knows there is illness and a great deal of stress going on around him.

“Basically I am numb to the news and the competing daily back-to-back reports between our governor, mayor, and New Jersey’s governor,” Sellers said.

“The concentration of overwhelming outbreak, according to where I live, is miles away. Manhattan is about 12 miles long and that is the distance between Opp and Andalusia. Density is the issue here because we live in boxes stacked on top of each other.”

Like folks in smaller towns, Sellers said he and his neighbors support each other and that helps.

“New York is just like a small town,” he said, “I share that on my tours. I live in a neighborhood and we look out for each other. Some days a neighbor will join me and my dog when go for our walks.

“We keep a healthy distance. I have friends, and we get together for coffee, keeping our distance, and once the coffee is empty the visit is up.”

Because he doesn’t have a car, like many in the city, Sellers doesn’t move much beyond his neighborhood. Though he doesn’t drive, he sees the traffic and it is lighter these days, which he said is disconcerting.

“This is a city that never sleeps and it is so quiet here right now.”

He relies on the news to keep up with what’s happening. Some of what he hears makes it all too real.

“I have not walked more than five or so blocks in a month-and-a-half,” Sellers said, “so I see what is going on via the TV.

“Now hearing about the potters’ fields makes it more than real. I share on my tours here in the city about the parks that are potters’ fields, unmarked graves for those who died from the outbreaks of yellow fever centuries past. “And now we have them again. It puts so many things in perspective when looking at it from a historical point of view.”

Sellers said another new normal is people wearing masks, gloves, and pieces of blue tape in front of businesses to keep everyone a safe distance from each other.

“Weege (his dog) and I took a long walk today and it was beautiful,” he said. “People were jogging. The weird thing you, you can’t smile at anyone because we are wearing masks.”

He knows getting back to the way things were before COVID-19 will take time. Moreover, he wonders what this will do long-term to his life in the place he loves.

“So as much as I am listening to the statistics regarding this contagion, for me this is going to be a rather slow and long recovery,” he said. “I am going to have to supplement my lifestyle with different work.”

Despite the challenges, Sellers has hope and faith that he, and New York City, will survive and rise.

“Sadly, I have had practice with this because I was here during 9/11,” he said. “I lost my job10 days after that tragedy happened. I found a way back then — I can do it again.”