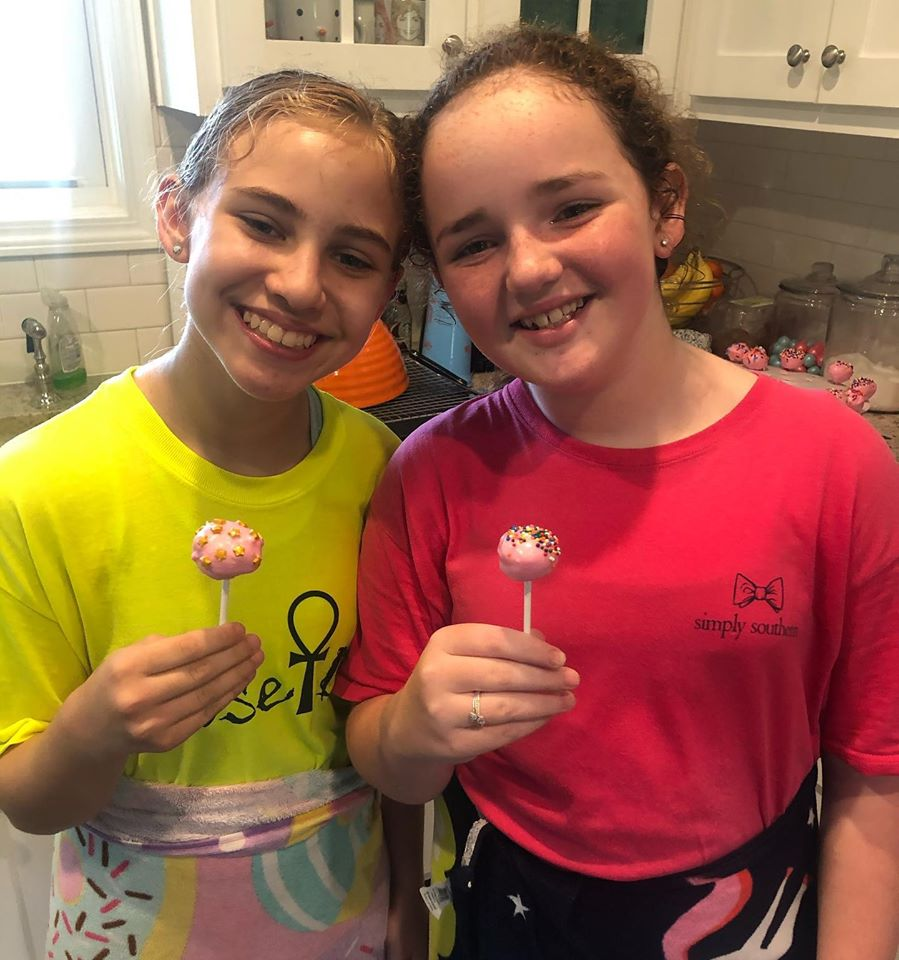 Clark teaches “home ec” or as it’s known to her students “Family Studies and Community Services.”

During the traditional school year, she incorporates “food science” into her lessons.

“Cooking is a science,” Clark remarked. “And that’s pretty much what cooking is: taking different food and figuring out that if you add baking powder, salt, and baking soda to flour it acts as a leavening agent that makes biscuits and dough rise.”

It was only after school was canceled for the rest of the year that Clark had more than enough time to explore an alternative side to teaching.

“A friend of mine that teaches at the high school said, ‘You know what? You should start doing videos on Facebook on how to cook.’ And I was like, ‘Eh, I don’t really like how I sound in video, and I didn’t really want to show my face.’ So I took pictures and explained how I’m doing all of it [the food] instead. That’s pretty much what I’ve been doing.”

Clark was surprised when people started posting on Facebook their own takes on her recipes.

“What I hope to get out of this is to inspire people to cook,” she revealed.

Joanna Gaines, family recipes, and Pinterest have been supplying Clark with the diverse fare at her family’s table. Although she has made plenty of culinary creations both on and off Facebook, Clark’s all-time favorite recipe has to for her chicken potpie.

“Even though I’ve made it a thousand times, it’s still my go-to recipe. It’s a convenience food and requires almost no prep.”

“I don’t like canned chicken so I boil my own, but other than that, I follow the recipe all the way,” she admitted.

On Easter day, Clark and her daughter went down to the field beside their house to pick dewberries. After fighting through thorns and briar patches, the two had collected enough berries to make a dewberry cobbler.

1 can boneless chicken, not drained

1 can cream of chicken soup, undiluted

Prepare ready-crust according to package directions.

Mix together the other ingredients.

Top with the other crust.

(If crust edge browns too quickly, cover edge with an aluminum foil tent.)

Crust: (Next time, I will double the crust)

4. Bake 30-40 minutes depending on your oven. Allow to cool for 20 minutes. Serve with ice cream.

1. It’s a little sweet for my taste so I might reduce the sugar next time.

2. The 4th picture is the end result. The crust will not be brown like on a peach cobbler. The berry liquid color is too potent.

3. This is my sweet Mama’s recipe. She’s the best cook I know. If you try it, I hope you like it!