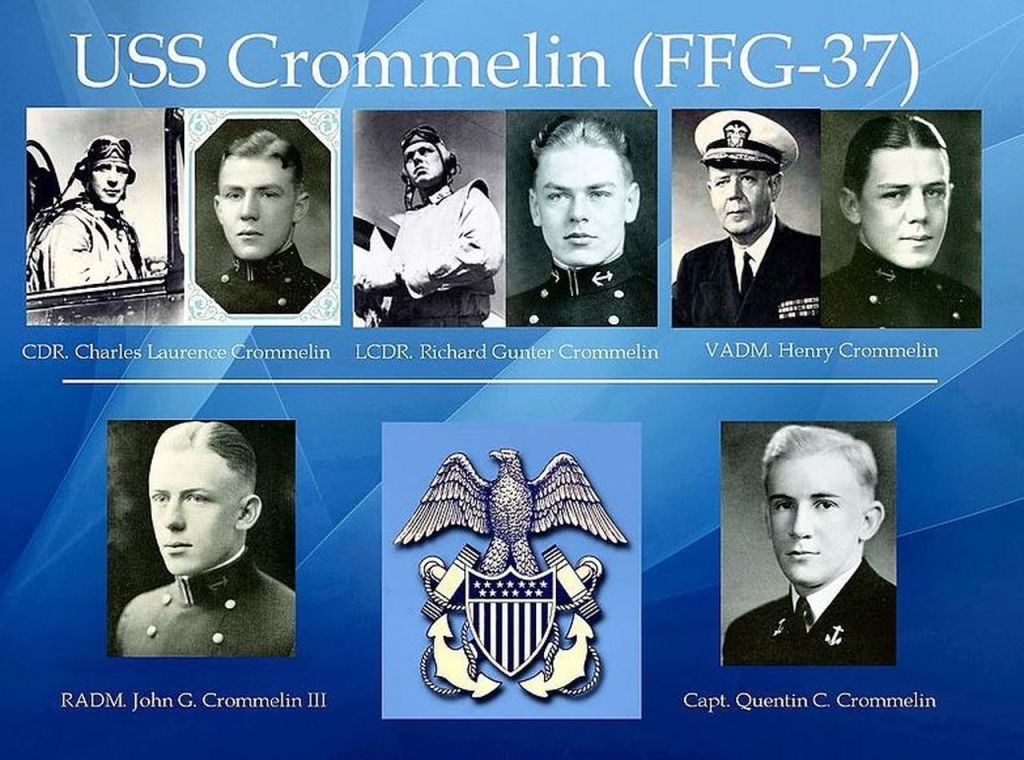 Wetumpka’s Crommelin brothers were Navy heroes during WW II. All five of the brothers, John Richard, Charles, Henry  and Quentin, were graduates of the United States Naval Academy.

They were born to John G Crommelin,Sr. and Katherine V Crommelin.

The Crommelins also had four daughters.The exploits of all five brothers will be covered in future columns for CVF. Four of the brothers became Naval aviators. Henry was the exception because of poor eyesight. He served aboard several battleships.

Almost 50 years ago, during Alabama’s Sesquicentennial in 1970, a memorial sculpture honoring all five brothers, was dedicated at the USS Alabama Battleship Memorial Park in Mobile.

In addition, the Navy named a ship, the USS Crommelin [FFG 37], an Oliver Hazard Perry Class Frigate, for the brothers. The ship was commissioned in 1979 and served almost 30 years until it was decommissioned in 2012.

Opp native living in the epicenter of COVID-19 in…