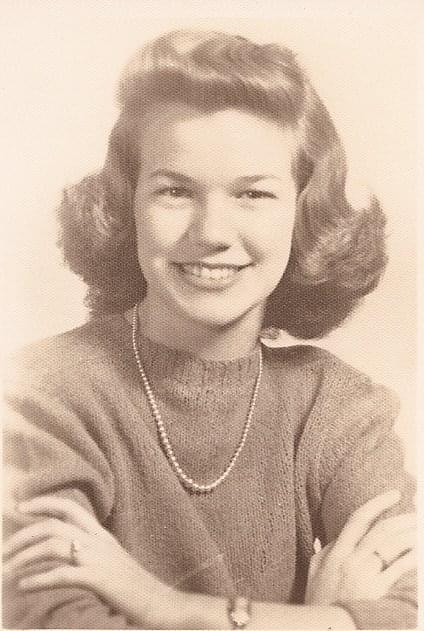 The modern holiday of Mother’s Day was first celebrated in 1908 when Anna Jarvis held a memorial for her mother at St. Andrew’s Methodist Church in Grafton, West Virginia where she brought hundreds of carnations, her mother’s favorite flowers, for the service. Jarvis’ campaign to make Mother’s Day a recognized holiday in the United States began in 1905, the year her mother died.

Numerous poems, brief and lengthy, have been written through the years honoring and memorializing mothers. Here is one I have selected for you readers on this special MD weekend when writers and poets often pen memories of their mothers:

“The heart of a home is a mother

Whose love is warm and true

And home has always been ‘sweet home’

My mother Marjorie Brunson (Bass) was born almost 100 years ago in 1923. She was born in the bedroom of her parents’ newly built home at 409 South Cotton Street in the lovely sidewalk neighborhood it was a century ago just two blocks away from her grandparents’ downtown hotel.  The second daughter of the town baker and his wife, Marge grew up in an era where it was safe for children to play outside until dark. Girls played hopscotch and jump rope. There was a front porch to sit on and to swing and greet your neighbors walking by. A parrot on the porch of the next door neighbor sang “The Star Spangled Banner” and mimicked her mother when she was called in for supper, “Marjorie, come home!”

After rummaging through an old dusty trunk in an attic with her little friend Ethel Mae Holley (Walker), Marge contracted scarlet fever and became deathly ill, but she recovered. Another little childhood playmate of hers Dorothy Thweatt stumped her toe on a tree root and died of blood poisoning at the age of 5 years. Marge and other little girls served as pallbearers dressed in white dresses. She would never forget her little red-haired, curly-headed friend who she said resembled Broadway musical’s “Annie.”

Carolyn Brunson (Caton) was her older sister who she adored for a lifetime. They both played the piano by ear like their mother did, and music filled the house! “Charlie Boy” was their younger brother who was typically into mischief keeping the house lively!

In 1934 at the age of eleven, Marge was baptized along with her dear friend Ethel Mae at the old First Baptist Church off the Public Square. She often spoke of Sunday night training unions as a teenager.

A vivacious student at the East Three Notch School, Marge joined the school band under Band Master Mark McGowin where she played the snare drums. She further attended the Church Street School as a high schooler and was a member of  one of the earlier graduating classes at the new Andalusia High School campus, the AHS Class of 1941. Many were the tales told through the years of her classmates and their antics along with the remembrances of the careful instruction of her beloved teachers, some of whom taught her own children in the years to come. The high school alma mater, “…always ever to endeavor, to honor thy fair name,”  – those words took on deep meaning for Marge as she always wanted to live in her hometown and for her four children (Sue, Sally, Julie, and Tripp) to walk the same halls of ivy she walked. Home and hometown were important to her.

Attending Huntingdon College in Montgomery during the war years, Marge had many stories to tell such as sitting in the Cloverdale Drug Store near the campus one Sunday afternoon after attending a matinee when the disturbing news came on the radio of the bombing of Pearl Harbor. It might be said that Marge and her college classmates jitterbugged their way through World War II since the Huntingdon girls were transported by buses to Maxwell Field for the weekly Saturday night dances.

However, in the summer of 1944, Marge met a handsome young Navy pilot from Atlanta on the front steps of the old First Baptist Church. Lieutenant Charlie Bass was visiting town for the weekend from N. A. S. Pensacola with his Navy buddies who loved to come up and date the pretty Andalusia girls. Those guys always lodged at The Gables Hotel on Church Street with hostess Mrs. Grace Larson who always made them welcome.

A little over two months later, Marge and Charlie were married in a home wedding. They were stationed in Pensacola for a short time and then for a year in San Francisco, California at the Alameda Naval Air Station where Charlie flew Naval Air Transport Service planes into the Pacific Islands until the war’s end. In January 1946, they returned to make Andalusia home, to open a business, to start a family – a happy home, it became!

Immaculate housekeeper, decorator, meal planner, laundry maid, organizer, chauffeur, grocery shopper – she was all of that. Her recipe box could have been Martha Stewart’s dream file! Three meals a day for years – Early mornings we could always smell breakfast cooking all the way upstairs. Their second family car in the late 1940s was an Army surplus jeep that Marge drove  to the grocery store and around town on other errands. Always industrious, she kept the washer, the dryer, and the vacuum cleaner going. Her home was her territory and standing by the kitchen sink and the dishwasher was her throne! There is no telling how many dresses, glee club and ensemble outfits she had sewn for us. She faithfully attended choral and band concerts, ballgames, and piano recitals, drove us to piano lessons and choir practices, carpooled us and our friends to Montgomery to orthodontist appointments, shopping trips, and Big Bam concerts while at the same time entertained our father’s business customers.

As a school home room parent, at last count, she hosted Valentine parties at school for almost 20 years, some years more than one party in different grades. Birthday parties for four children – no telling how many hot dog suppers, sweet sixteen celebrations, prom parties, spend-the-night parties, graduation and wedding teas she entertained for. She chaperoned teenagers to the beach for AEA holidays, shopped for Easter and prom dresses, London fogs, mini-skirts, wrote us newsy letters in college, planned and staged our weddings and receptions. Encouraging all of the children to be independent spirits with an opinion, she headed us in the direction of college, for had she completed her degree studying English, she might have been an English teacher or writer.

Mama told us children of our heritage, took us to more Brunson family reunions in Elba than we can count, spoke of the older generations of family members often, and told us memorable family stories over and over which taught us the importance of family values.

As a teenager, Mama began a lifelong fascination with the movies, movie stars, and fashion. There were not many “picture shows” at the local theatres in Andalusia that she missed going to. She learned about the lives of all her favorite stars. Her collection of autographed movie star photographs was unrivaled as was her video collection of old black and white movies. Her children say that she reminded them of a brunette Doris Day, for she selected outfits and looked like they were straight from the wardrobe of Doris Day on the silver screen of MGM Studios. She could even sing along to “Young at Heart” just like Doris Day!

At the age of 16, Marge went with a school group in 1939 to the World’s Fair in New York City where she had the opportunity of a lifetime to hear the famous “big bands of the day” perform as well and see the young Frank Sinatra in person. She became his biggest fan! In the 1950s the newest recordings began arriving in the mail after she joined the Hit Parade Club. These records were played on the family stereo over and over so all the children grew up listening to the hits of the 1930s and 1940s sung by Rosemary Clooney, Bing Crosby, Glenn Miller, Tommy Dorsey, and later the recording stars of the 1950s and 1960s. She kept up with the newest hits and the most recent Broadway hit tunes. Once she even signed up and costumed up to perform in the chorus of one of the first LBW College community musicals, “Carousel,” directed by Jerry Padgett, one of her life’s thrills and highlights.

“When the traditional hymns are sung at church, we still feel as though she is sitting on the pew next to us singing alto,” the sisters and brother state. “She instilled a love of music in all of us. From the time we were little, she made sure we all had Bibles with our names imprinted and usually, we received those for Christmas gifts.”

Son Tripp remembers, “When I brought home a drum set and guitars, she was always my biggest supporter. She didn’t mind at all my friends and me making a lot of loud music!”

When she got so very sick in those final days of her life, Grandson Blaine lovingly told her, “It is alright to go, because you have taught us everything we ever need to know.” Even though she lived to be almost 83 years old, she always seemed so very “Young at Heart.”

Vividly, I Remember When my mother used to read to me at bedtime – a collection of Golden Books like “The Tawny Scrawny Lion,” “Mickey Mouse’s Picnic,” “The New Baby” – to name a few.

Etched on my mother’s headstone are these words: “TWILIGHT LOWERED THE FINAL CURTAIN AND PINNED IT WITH A SHINING STAR. Your songs have ended, Mama, but the melodies linger on!”

One of her favorite poems was “Home” by Edgar A. Guest. “It takes a heap o’ livin’ in a house t’ make it home.”

Thank you, readers, for indulging me to write about my mother. I conclude with this short poem:

“Once upon a memory, Someone wiped away the tear,

Held me close and loved me, Thank you, Mother dear.” 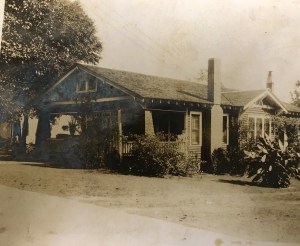