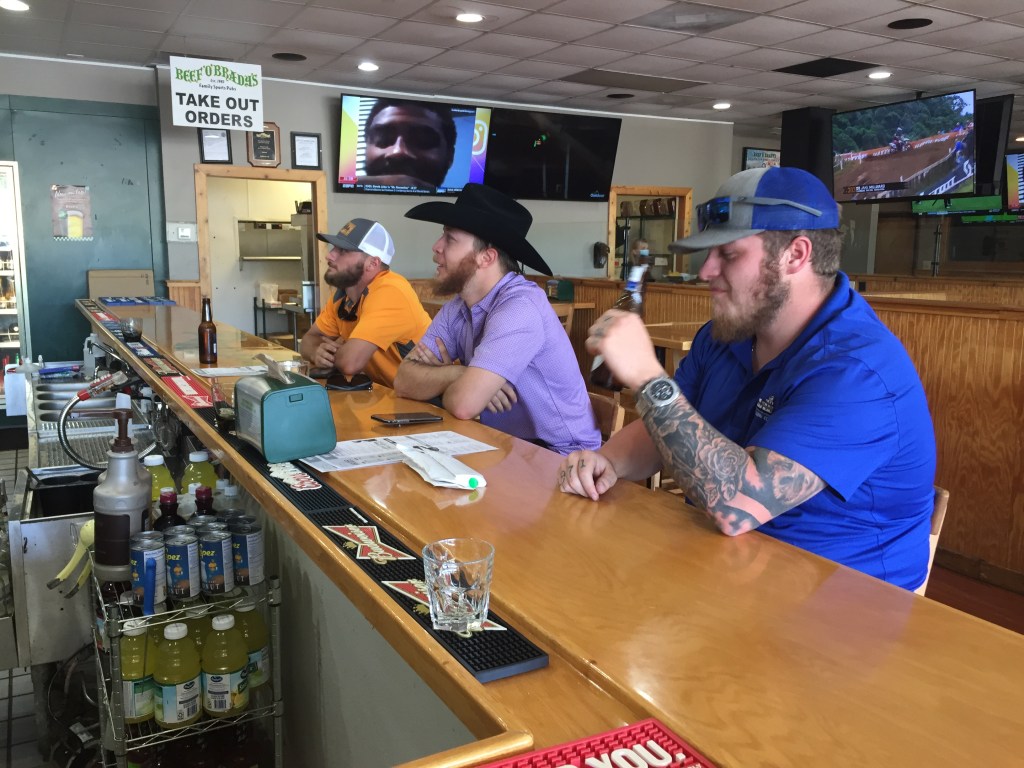 With the amended Safer At Home Order announced by Gov. Kay Ivey on Friday, restaurants in Andalusia are starting to cautiously open their doors.

“The governor gave the okay to open now and our customers were wanting it (David’s to reopen),” said Bill Spurlin, owner of David’s Catfish House in Andalusia.

“Business was slow, to begin with at the beginning of [the] corona[virus], but it has picked back up,” said Kayla Anderson, daytime shift leader at Milky Moo’s.

“I know a lot of people [have] been hurt by this and we’re very thankful to be able to reopen and can hopefully be better than we were when we ended everything,” said Carrie Brown, store manager of Beef O’Brady’s in Andalusia.

Others, like Big Mike’s Steakhouse, CJ’s Grille, and Ofelia’s Italian Restaurant, have a set date to reopen in the next week.

Big Mike’s will reopen on Wednesday, May 13, with normal hours.

Airport Cafe Restaurant will be opening their outside dining on Friday, May 15.

Many businesses are wary and have decided to take a wait-and-see approach to reopening business.

“There’s a lot of restaurants that aren’t opening yet,” said Linda Lin, manager at Happy Kitchen.

“We may reopen sometime in June or July if everything goes well and according to plan,” said Joanna Wu, manager at King’s Buffet.

Samurai, a Japanese steakhouse in Andalusia, will not be reopening their dine-in facilities and is directing customers to their Facebook page for further information about an eventual reopening.

Restaurants have used this time to remodel, repair, or rearrange their buildings in preparation for reopening.

“I cut this big hole in the wall and put a cash register system in,” said Spurlin. “We did a remodel just to accommodate not having as many employees. I took tables out and marked off tables to follow it [the 50 percent capacity requirement].”

“We’ll get rid of four tables, but my plan is to put maybe three of those outside so we don’t lose capacity as much,” said Jones.

“At the moment, we’re painting and fixing up inside [the restaurant],” said Tahysha Videla, manager at Ofelia’s Italian Restaurant. “We’ve moved tables to be eight feet apart.”

CJ’s has also remodeled not only their building but also their menu. They will be reopening on Monday, May 18th, and will be sporting a new pizza oven to get closer to their goal of “having the most diverse menu in the county.”

Beef O’Brady’s has added a “sanitizer” position on their team to ensure their compliance with sanitation guidelines.

“We’re offered paper menus, plastic silverware, really anything to accommodate that we can so everyone knows we’re doing everything possible,” said Brown.

“Like everybody else, it’s affected us but we’re thankful that our customers haven’t forgotten us,” said T. Videla.

“We hope to return to normal as soon as possible – as we all do in so many, many ways,” said David’s Catfish in a Facebook post.