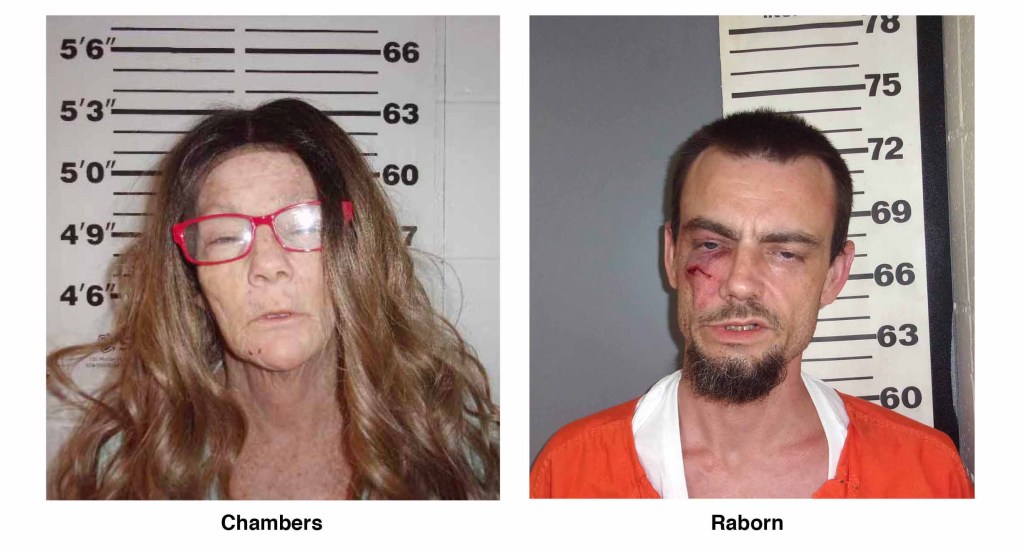 DTF officers were patrolling in Andalusia just before 10 Wednesday night and saw a white male and a white female walking. The two matched the descriptions of two suspects sought for questioning in a River Falls Street burglary that happened earlier this week.

Officers made contact with the man, who stated the woman had gone into a shed behind 511 Dunson Street where a man was about to cook methamphetamines.

Officers went to the location and made contact with the resident, who said there was not supposed to be anyone in her shed, and gave officers permission to check the shed.

In the shed, officers found Michael Ladon Raborn and Sue Lynn Chambers. They asked Raborn to step out and talk with them. Meanwhile, Chambers told one of the agents he could come in.

Chambers told the officer that Raborn’s bags were in the closet and that she didn’t know what was in them. Raborn gave officers permission to search his bags.

In the first bag, the officer found a meth pipe and baggies. In the second, he found several ingredients known to produce methamphetamine, including three bi-layered liquids believed to be meth oil, muriatic acid, and Draino; digital scales; plastic baggies; and other items of evidence. Officers also found chemical syringes and a dropper containing muriatic acid. The lab was within 500 feet of a residence.

Both Raborn and Chambers were arrested.