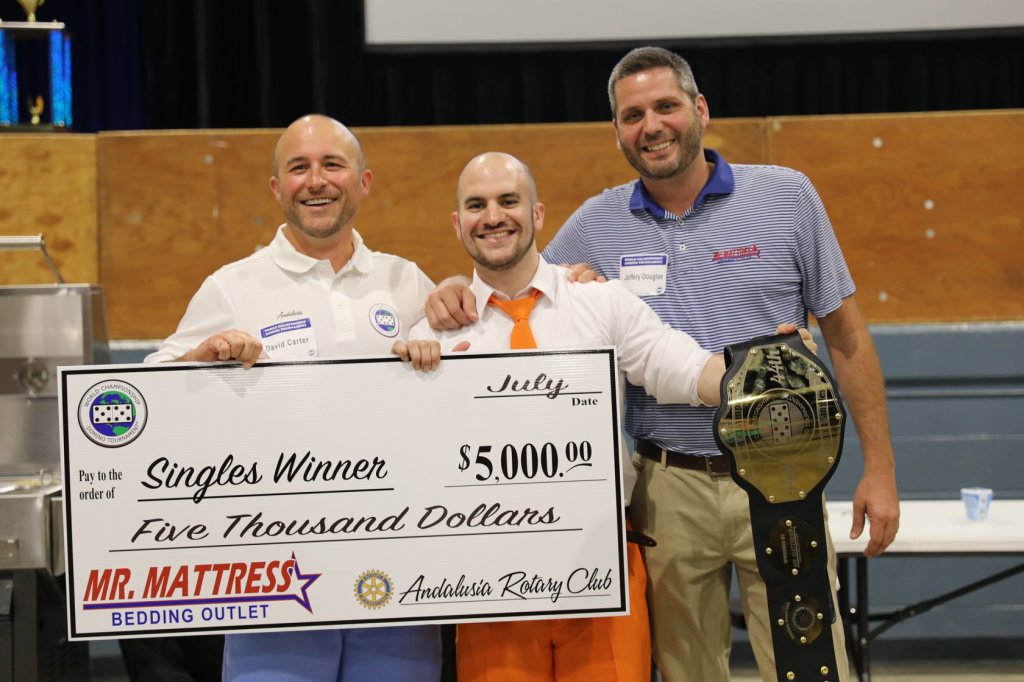 The Andalusia Rotary Club has canceled until further notice its annual World Championship Domino Tournament (WCDT), previously set for Friday and Saturday, July 10 and 11, with hopes that a domino event can be scheduled later in the year.

“The decision was not made lightly nor hastily,” Andalusia Rotary Club President-Elect and WCDT Chairman George Patterson said. “We do not want to facilitate an event that could foster the spread of the COVID-19 virus, and it’s impossible to maintain social distancing while playing dominos. Many of our domino players are at higher risk for the virus because of their ages. Many also travel from different states to congregate for the weekend. While we do not feel comfortable moving forward with at this time, we are hopeful that we can plan an event later in the year.”

Like other civic groups, the Andalusia Rotary Club has not been able to hold its weekly meetings since March, and club President David Carter said that guidance from Rotary International suggests club meetings might be postponed through the end of 2020. For now, Alabama’s Safer at Home guidelines prevent groups like Rotary from meeting in normal venues.

“Because of Alabama’s Stay and Home and Safer at Home orders, the Rotary members have not been able to hold regular planning meetings for the tournament, which requires effort from all of our members,” Carter said. “For now, we think it’s best wait until later in the year.

The delay means that Chris Authement continues to hold the WCDT singles title. Authement has participated in the tournament for 22 years, and is the only participant who has won singles titles in the children’s, teens’ and adults’ competitions.

Michael Lambert III and Eddie Ruban will continue to hold the doubles title.

The Andalusia Rotary Club held the first World Championship Domino Tournament in 1976. In the 44 years the Rotary Club has held the tournament, it has awarded more than $1 million in prize money to players. As a result of the tournament and the companion Sweepstakes Supper, the club has consistently provided  $30,000 to $40,000 to community causes annually.

Last year, the Rotary Club partnered with the City of Andalusia to build a dog park. The park was strategically built just off the bypass (behind McDonald’s) for the convenience of travelers.

Through its foundation, the Andalusia Rotary Club served as the fundraising arm for the Miracle League Field and Miracle League Park in Andalusia. More than $500,000 was raised for that project, and the Rotary Club was the first “big hitter” for the cause, contributing $10,000. 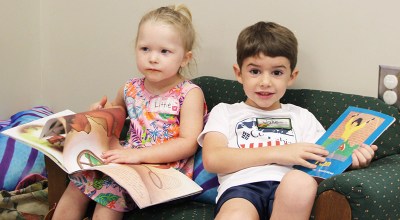