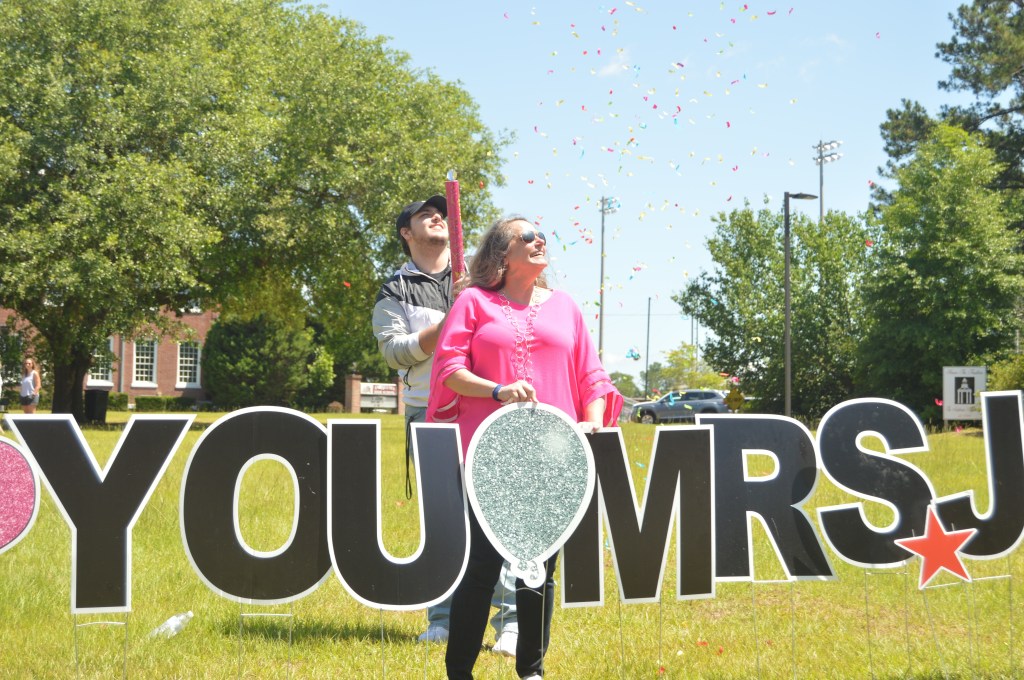 After teaching at Andalusia High School for 27 years, Cavelle Jones has retired but was met on the steps of AHS by a parade of current and former students, yesterday.

In 1993, Jones began teaching at AHS, but teaching was not always the plan for her career.

“I was going to be a lawyer and then at some point, I realized, ‘I don’t want to be a lawyer,’” Jones said. “People always told me not to be a teacher, because I was too smart and I wouldn’t make a lot of money. I realized doing what you love is a lot more important than making money.”

When asked about what favorite memories Jones had, she said, “You’re asking me about my entire life.”

The staff at AHS set up a party for Jones on the front lawn of the school with a big sign that said, “We Love Mrs. Jones,” but what they didn’t tell her was a parade would stop by with all of her students wishing her well.

“It just makes your heart sing,” Jones said. “One of the reasons I retired while students were out was because I knew I wouldn’t have to see them and face them. I knew I would never be able to go if I had to face the kids and then they show up.”

Jones thanked AHS principal Dr. Daniel Shakespeare and the rest of the staff for everything they have done during her time as teacher.

“The thing that I love about Doc, is that even though there were some things that I know he wanted me to do differently, he always let me be me,” Jones said. “That’s why being here is so great. You can be you. The kids let you be you and the administration lets you be you. Everyone at AHS will always be my family.”

In her retirement, Jones will not be stepping away from the classroom, but stepping into a new English classroom as an adjunct professor at LBW Community College. 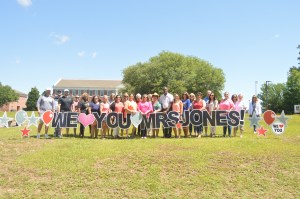