3 arrested for murder, robbery in Crestview

Two Andalusia locals were among the three arrested for murder and robbery in Crestview on Tuesday night.

On May 19, 2020 at 9:04 p.m., a Crestview police officer arrived at the Hilton Motel located at 353 West James Lee Boulevard in reference to an unrelated incident, when shortly after arrival, he observed a suspicious person running from one of the rooms of the hotel while concealing his face.

The person got into a vehicle and quickly departed while avoiding the officer. The officer attempted an investigative stop on the vehicle, which fled from the officer. The vehicle continued to North Okaloosa Medical Center where it was discovered that one of the passengers had been shot. The injured person was quickly admitted to the emergency room but later succumbed to his injuries. The other occupants of the vehicle were detained for questioning.

The deceased was identified as Jakeith Tyrrell Edwards, 25, of Enterprise, Ala.

At the same time officers arrived at the hospital, the Okaloosa County Sheriff’s Office was requested to assist in having a deputy secure a possible crime scene at the Hilton Motel.

Upon their arrival, an open door was discovered in one of the rooms and inside was a deceased male who also had an apparent gunshot wound.

The deceased victim at the Hilton Motel was identified as Kaylun Marquise Gray, 19, of Elba, Ala.

During the course of the investigation, it was determined that the incident stemmed from a staged robbery.

Gray’s girlfriend, who was identified as Jasmine Chantel Williams, 20, of Crestview, solicited the assistance of three friends to target her boyfriend in a staged robbery that was to occur at the Hilton Motel.

When the three friends arrived to commit the robbery, they made entry into the hotel room at which time Gray exchanged gunfire with Edwards.

After the exchange of gunfire, Gray was mortally wounded and Edwards was able to flee the room to the awaiting car, but later died after being driven to North Okaloosa Medical Center.

The Crestview Police Department has arrested Jasmine Chantel Williams, 20, of Crestview, and Eric Rashawn Dorsey, 24, of Andalusia, who were both charged with murder and robbery with a firearm.

Additionally, Tykira Zhane Deandrade, 23, of Andalusia, was charged with murder, robbery with a firearm and accessory after the fact while in commission of a capital felony.

All three were transported without incident to the Okaloosa County Jail.

A booking photo for Deandrade is not currently available. 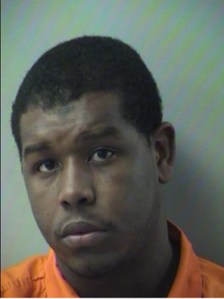 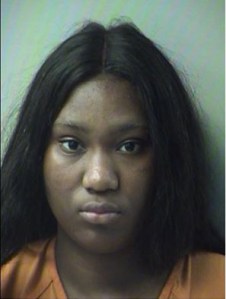