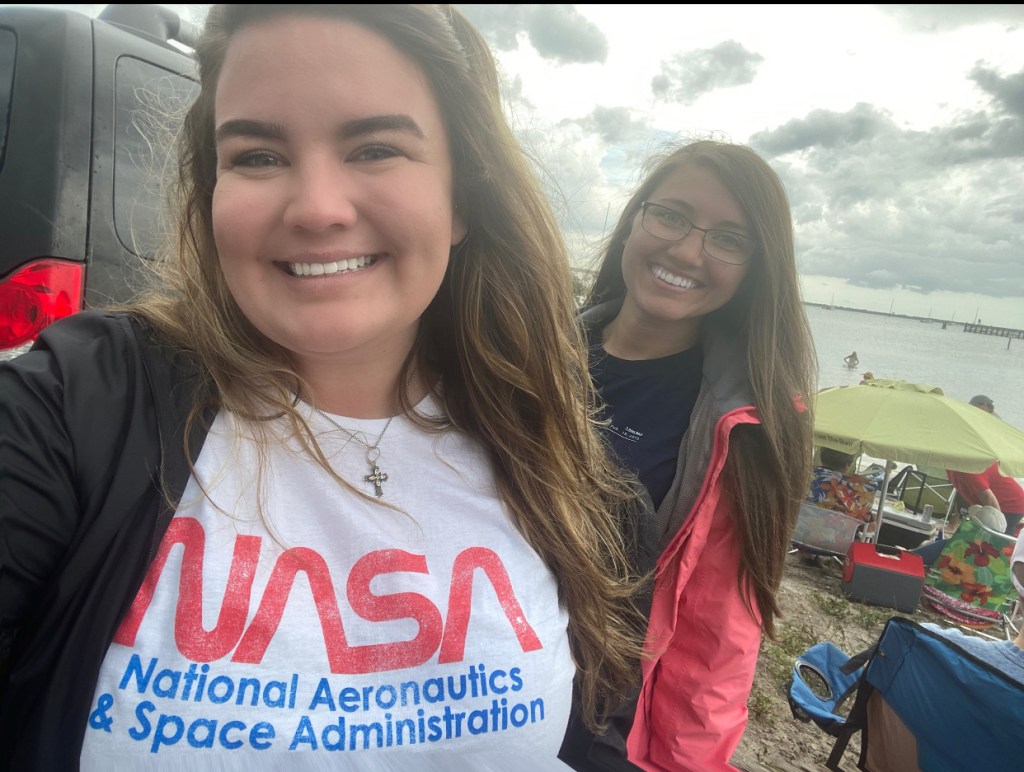 Despite the scrubbing of the rocket launch on Wednesday, two Straughn High School graduates traveled down to Cape Canaveral and wanted to become part of history.

2012 SHS alumna Holley McGlaun and 2008 SHS alumna Brianna German both said they have been space nerds since they were little kids.

“We pretty much love all things SpaceX and NASA,” McGlaun said. “We also love Elon Musk. I always dreamed of being an astronaut when I was a child and I’m looking into ways of becoming one. It’s always been a lifelong dream of mine.”

The launch was slated to launch astronauts Douglas Hurley and Robert Behnken on a mission to the International Space Station.

It would have been the first time that astronauts have been launched into space from the U.S. soil since 2011, which was one of the reasons why McGlaun wanted to witness it.

“I am a history teacher and a social science major,” McGlaun said. “Just being down there and being apart of history is amazing. It just made it all the more exhilarating.”

The two left from Enterprise and made the trip down to Cape Canaveral. While they were driving, they noticed a long line all the way down the interstate with people ready to watch the launch.

“We were about three miles away from NASA,” McGlaun said. “We could see the rocket and everything. There were so many people that came out.”

Although the launch was eventually scrubbed, McGlaun said they still had a good time.

“We were disappointed for sure,” McGlaun said. “We stood out there for about two hours in the rain. We were optimistic at first because it kept clearing up, but storms kept coming in and it was eventually scrubbed.”

The launch was slated for 4:33 pm ET on Wednesday, but was scrubbed for weather 17 minutes before liftoff. It would have been the first time ever that a privately developed spacecraft launched humans into Earth’s orbit.

The next launch attempt is slated for Sat., May 30, at 3:22 p.m. ET, but McGlaun and German don’t know if they are going to make the trip again.