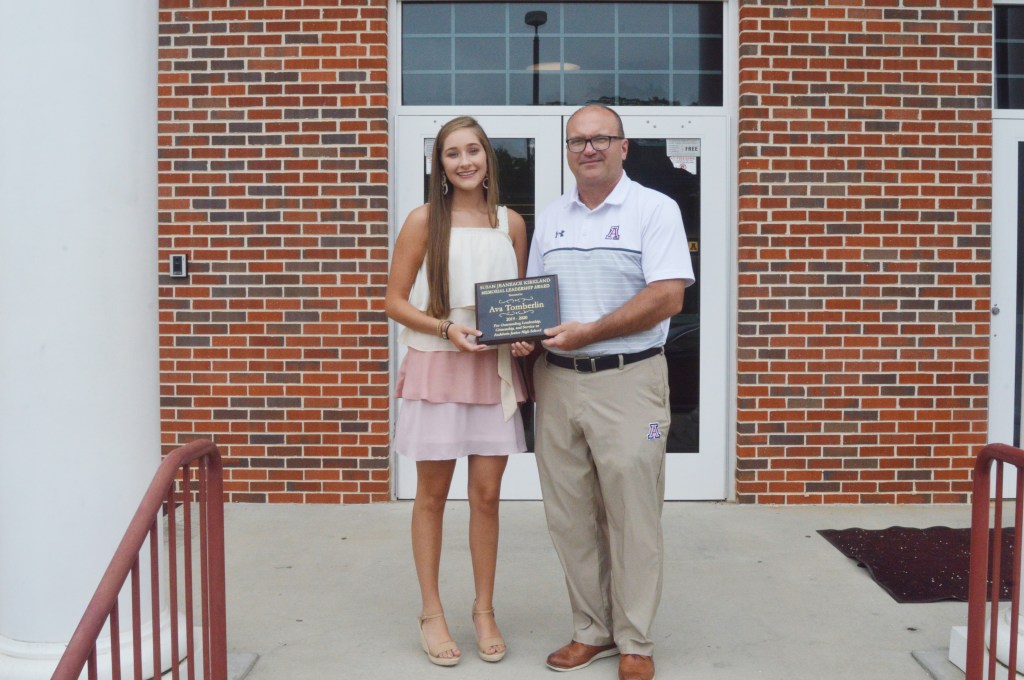 “Susan was known for her involvement while in middle and high school and her kindness to all,” AJHS teacher Lesley Thorn said. “She was SGA president, majorette, involved in many clubs, and even continued being active while attending the University of Alabama. She was known for her leadership, citizenship, and service to our school. Even with her conditions, she always had a positive attitude.”

Teachers nominated students and then voted on a winner.

“So many people that have graduated after receiving this award have gone on to do great things,” Tomberlin said. “So, I am very excited to receive this award.”

Assistant Principal Ray Wilson said Tomberlin has all of the qualities that Kirkland had.

“The thing that stood out to me about Ava is that when she applied, at the end of her application she said that it was an honor to just be nominated,” Wilson said. “That kind of thankfulness and humbleness really exemplifies what Susan’s nature was.”

The other nominees were: