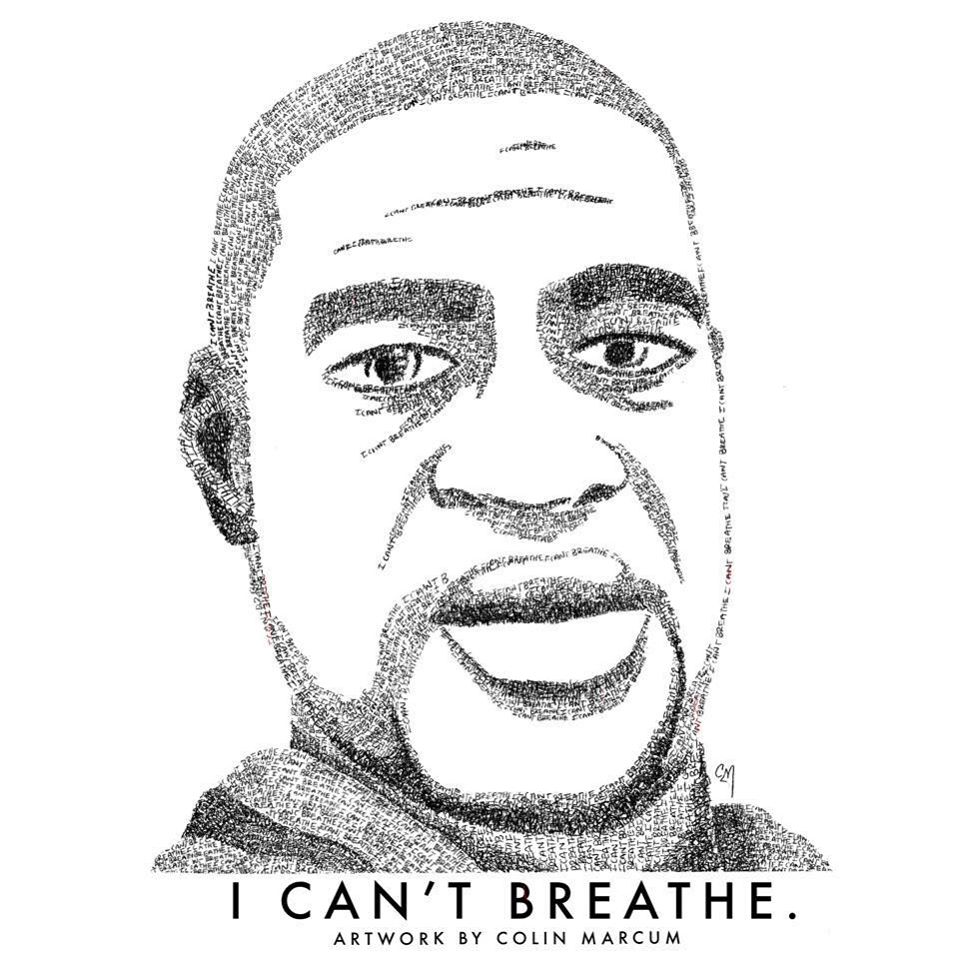 An Andalusia resident has dedicated a recent art piece to the person who sparked the global Black Lives Matter movement.

“Everyone feels they have a reason or a need to contribute to what is happening in the U.S. right now and I felt I had to give something and inspire others with it,” said Collin Marcum, a graduate of Andalusia High School (AHS) and political science major at the University of Alabama.

Marcum individually wrote the sentence “I Can’t Breathe” more than 1,500 times over 8 hours to create a portrait of George Floyd.

“It took a while,” said Marcum. “Not everyone has artistic ability and I feel this is something I can do to contribute to the cause and bring attention to the subject.”

“My main motto is using the abilities and tools placed before you to inspire change,” said Marcum.

Marcum’s artwork, first published online on June 2, has now made its way to his college campus.

“It’s gone around Andalusia over Facebook,’ said Marcum. “It [the ‘I Can’t Breathe’ art piece] has made its way up to Tuscaloosa and my fraternity has shared it [over social media]. I’m happy to see two different towns having a positive reaction to it.”

“I Can’t Breathe” were Floyd’s now-famous last words and are often quoted during protests and in speeches and art.

“This movement is important,” said Marcum. “I’ve spoken with so many people…It’s important that everyone feels they have a voice even when they aren’t the people being actively affected.”

Marcum has been working with fellow AHS graduate and University of Alabama student Darious Davis on informing people about the Black Lives Matter movement.

“Many [people] have reached out to ask simple questions, people educate themselves, support, better understand, and learn how they can advocate and ally in a respectful and suitable manner,” said Davis in his Facebook post.

“I wanted to put it [the information] into a format that would be easy to see and would stand out online,” said Marcum.

The post includes resources and links to articles, websites, and videos for those interested in Davis and Marcum’s “list of resources to assist and educate moving forward.”